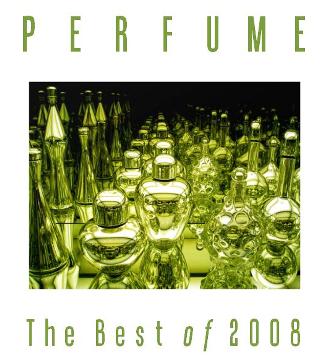 If money spent is any indication, then it must have been a good year for perfume — I spent plenty. The quarterly "damage" poll is coming up on Friday, so start adding up your receipts! Meanwhile, here are my picks and pans for 2008. Scroll down to see what other Now Smell This contributors have to say on the subject, or check out the lists at Bois de Jasmin, Perfume Posse and Perfume Smellin' Things. And of course, do add your own favorites in the comments.

Perfumer of the year: Antoine Maisondieu, who brought weird and wonderful back to Comme des Garçons with Stephen Jones and Monocle Scent One: Hinoki.

Didn't do what they were supposed to do: So many that I started a list, realized it might take me hours to finish it, and gave it up as a lost cause. It was a good year overall, but there was plenty of boring dreck all the same.

Best perfume commercial: As always, I probably missed lots of them. Of what I saw, I liked Jean Paul Gaultier's spot for Ma Dame the best, with runner-up status going to Paco Rabanne 1 Million.

Get your melon out of my niche: L'Artisan Fleur de Liane, Parfums DelRae Emotionnelle (which admittedly I have not even smelled yet), Hermès Un Jardin après la Mousson.

But oddly enough (for me), I liked two berry fragrances this year: The Different Company Sublime Balkiss, Byredo Pulp.

Best celebrity fragrance: Jennifer Lopez Deseo, although once again, the competition was not exactly fierce in this category.

I'd always pooh-poohed the Amouage line as expensive, staid perfume for people who mistake "costly" for "desirable". Then I spent a little time with them.

Jubilation 25 is carnal and womanly, and it's my favorite discovery of the year. It's even more special because it's so demanding. Its gorgeous fruit and flowers shout out gala evening, but its vivid animalic streak tells everyone else to go home except that guy over there with that look in his eyes.

Lyric Woman is wonderful, too — creamy, lush, and much easier to wear than Jubilation 25 — and I crave my own bottle. Gold Man is an intriguing floral that any woman interested in Amouage should try, and I wouldn't mind hefty decants of Dia Man and Jubilation XXV, either. Excuse me while I go buy a lottery ticket.

I must confess that this year bored me a little. Some of the mainstream lines that had an inspired 2007 fell flat this year, and the niche lines only seemed to pick up speed towards the end of 2008. After a world-beating 2007, Chanel continues to lead the pack of big houses, with the delayed general release of an outstanding flanker (No. 5 Eau Première) and a new classic Exclusif to join 31 Rue Cambon (Sycomore). While the unfortunate luxury pricing trend continued at Comme des Garçons, the stalwart niche darling still comes out a winner with two collaborations, Monocle Scent One: Hinoki and Stephen Jones.

In my opinion, Guerlain came up with the biggest bloopers of the year, with the cruel joke of Cruel Gardenia and the plain baffling art direction and ad copy for Les Elixir Charnels. (I'll admit to liking Oriental Brûlant, but for over $250, it should blow the top of my head off.) Other big disappointments from normally interesting lines were both Kenzo Amour flankers, Estee Lauder Private Collection Amber Ylang Ylang, Tom Ford White Patchouli, Hermès Un Jardin après la Mousson and Ormonde Jayne Zizan. In the pleasant surprises category, I'm blessing Donna Karan for re-releasing some much-loved fragrances. More favorites for 2008 were Armani Privé Rose Alexandrie, Dior Escale à Portfino and Tauer Perfumes Incense rosé. Scents I missed at their launch but enjoyed wearing this year include Heeley Verveine, Cuir de Lancôme and MDCI Enlevement au Serail.

Some things never change: I was still a devoted rose-lover in 2008, and two of my favorite new perfumes were Parfums de Rosine Rose Praline and Malin + Goetz Otto. My favorite new line overall was the perfumer-designer collaboration Six Scents. The perfumes whose beautiful bottles won my heart were Lalique Amethyst Extrait de Parfum and Anna Sui Night of Fancy (the latter is also my newest guilty-pleasure fragrance). The bottles whose sheer ugliness stopped me in my tracks were Sophie Matisse’s designs for By Kilian. I coveted some decorative perfume solids: “tokens” from Bond no. 9 and a Daisy pendant from Marc Jacobs. Diptyque delighted me with L’Ombre dans L’Eau shower gel and lotion, and I was thrilled to see Lush offer some previously discontinued items (Potion lotion!) through its online “Retro” store. However, Paul & Joe disappointed me with insipidly sweet new products in scents called Pink and Purple. My prize for most intriguing home fragrance goes to the Cire Trudon candle collection.

First, I’m shocked at the number of 2008 fragrance releases I have NOT smelled yet. As I write this, I have approximately 100-150 untried samples in a bowl next to me and that’s only a fraction of the year’s output. My list of 2008 perfume favorites comes with two provisos: I didn’t try all of the 2008 releases (who could?) and no single fragrance release 'blew me away'. On the men’s mainstream front my favorites are Thierry Mugler A*Men Pure Coffee, Chanel Sycomore and Prada Infusion d'Homme — in that order. Niche fragrances I like include Penhaligon’s Elixir, i Profumi di Firenze Muschio dell’Himalaya (a charming, old-style musk fragrance with a hint of sap and talc), Miller et Bertaux A Quiet Morning (not so “quiet” but fresh as morning dew), Eau d’Italie Baume du Doge and (the soon-to-be-reviewed) Nasomatto China White and Humiecki & Graef Eau Radieuse. I don’t know if Domenico Caraceni 1913 was released in 2008 but I came to know and love it this year: it’s a classic, classy mix of styrax, Bourbon geranium, rose, neroli bigarade, tobacco, cypress, frankincense and bitter orange.

As for books, this was definitely the year of Perfumes: The Guide by Luca Turin and Tania Sanchez. I must have skimmed through it over a hundred times just for fun (and haven't grown tired of it yet) so I'll pick it as my overall favorite. My vote for most original book goes to Robert Blackson's If There Ever Was… a book of extinct and impossible smells, which shows the huge potential of olfactory experiences in museum exhibitions, fairs, and other cultural events. I haven't paid many visits to the perfume counter this year; I've been most faithful to Parfums de Nicolaï's Baladin (1994), Annick Goutal's Duel (2003), Guerlain's Mitsouko (1925) and Caron's Yatagan (1976).

Note: image is Bottles & Reflections (Revised) by dvaires at flickr; some rights reserved.