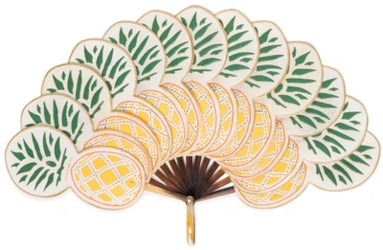 The heat index is obviously affecting my lemmings, but wouldn't it be nice to have a pineapple fan sprayed with Ananas Fizz to wave around? This leather & wood model from Pubumésu is spendy ($137) and the spray would probably stain the leather, but it's a nice thought. (Also lemmable, the small purple octopus fan and the pink & violet peony fan.) 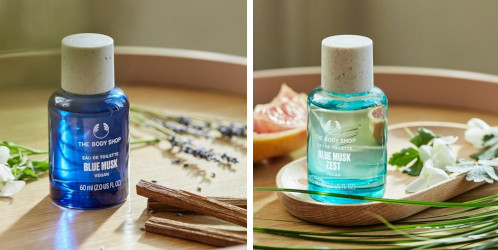 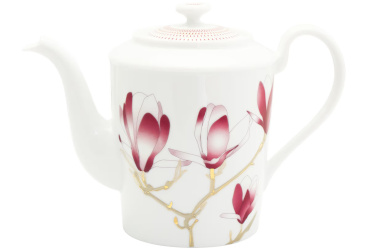 Unless I can find my sample of Frédéric Malle Eau de Magnolia, for the rest of the week I’ll be wearing fragrances with magnolia notes I hardly notice. Today’s model: Imaginary Authors Saint Julep. Tea at the moment is Kusmi Troika.

Reminder: on 8/12, wear a fragrance with a magnolia note, if you have one…

Mr. Miyake’s designs appeared everywhere from factory floors — he designed a uniform for workers at the Japanese electronics giant Sony — to dance floors. His insistence that clothing was a form of design was considered avant-garde in the early years of his career, and he had notable collaborations with photographers and architects. His designs found their way onto the 1982 cover of Artforum — unheard-of for a fashion designer at the time— and into the permanent collection of the Museum of Modern Art in New York.