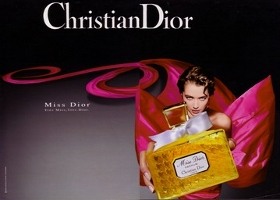 One of the many hazards of writing about perfumes is that they're not static objects. If you pick up a new bottle of Jean Couture Coriandre, what you'll smell won't be at all what I smelled when I first bought it in the late 1970s. It might not even be the same as what I smelled when I reviewed Coriandre a couple years ago, and found it to be an entirely different animal than the scent I remembered. The Coriandre you smell tomorrow, or next month, or next year, might have changed yet again.

This has obvious implications for anyone blogging about perfume or reading perfume blogs. When you read a perfume review, unless it's about a perfume that launched recently, you can't be sure that what you'll smell in the stores is the exact same fragrance.

This article is meant as a very basic primer on reformulation, and most of what I'll cover is well-known to seasoned perfumistas.

Perfumes get reformulated all the time, and they always have. Why? Well, there are any number of reasons. Sometimes companies substitute cheaper ingredients as a cost-saving measure. Sometimes once-plentiful natural materials become scarce or extinct. And some materials, such as natural animal-derived notes, have been replaced with synthetic substitutes because of consumer preference and/or trade restrictions.

Sometimes ingredients are found to be unsafe, and sometimes, especially with older perfumes that relied on pre-made specialty bases, they simply don't exist any more. And sometimes, of course, perfumes are reformulated to bring them in line with modern tastes.

Perfumes are being reformulated at a more rapid rate than they used to. Vanilla, jasmine, oakmoss, coumarin, birch tar, citrus oils, heliotropin, styrax, opoponax...these are just a few of the fragrance materials that are restricted and/or banned by IFRA1 or are under consideration for restriction. The most recent set of IFRA standards (the 43rd Amendment) was issued in 2008; perfume companies are supposed to reformulate all existing perfumes to be compliant with these standards by August, 2010. In practice, if you've been doing much sniffing lately, you know that many old favorites have already been redone in advance of the deadline (goodbye and thanks for the memories, Sisley Eau de Campagne2).

Perfume houses, for obvious reasons, don't tend to publicize reformulations. After all, who wants to hear that their favorite perfume is no longer exactly the same as it used to be? Also remember that a perfumista's idea of reformulation — the perfume no longer smells the same — may not be the same as that of a perfumer or a perfume house. If Australian sandalwood is substituted for now-scarce (and costly) Indian sandalwood, you could argue that the "formula" hasn't changed, but to a perfumista, the result is the same: the perfume doesn't smell like it used to.

So how can you find out if a perfume has been reformulated? Well, the best way is to trust your nose. Asking a sales associate is usually a waste of time: in my experience, they almost always swear up and down that the perfume hasn't changed even when it's patently obvious that it has. Customer service and public relations departments of the various perfume houses, more often than not, do the same, and this is true even when it's obvious that the original perfume would not possibly meet modern IFRA standards.

Trusting your nose, however, has its own pitfalls. It's important to remember that the last dregs of your three year old bottle of perfume won't smell the same as a brand new tester even if the formula hasn't changed at all.

Unfortunately, we can't constantly seek out and test new samples of everything we've already reviewed here at Now Smell This. That means you should approach every review, especially the older ones, with caution (which strictly speaking, you ought to be doing anyway). If you do smell a perfume that we've covered here and that you're quite sure has been reformulated, you can do your fellow readers a favor by leaving a comment to let them know.

1. IFRA is the International Fragrance Association. Here is a brief summary of their mission, from IFRA in a Nutshell:

[IFRA's] main purpose is to promote the safe enjoyment of fragrances worldwide.

IFRA represents the fragrance industry regional and national associations worldwide. IFRA is the reflection of the industry's choice to regulate itself and and [sic] its activities result in a Code of Practice and safety Standards, which members must adhere to, in order to achieve the objective of protecting consumers’ health and our environment.

If you want to learn more about IFRA's restrictions on the raw materials used in perfumery, you can see their whole list of standards here. Two excellent resources for those opposed to the IFRA standards are the aromaconnection blog and Cropwatch. You can also take a look at all the articles on Now Smell This tagged IFRA.

2. I'm not meaning to pick on poor Eau de Campagne in particular; it just happens to be something I smelled recently (and barely recognized). I should also point out that I don't even know if it's a victim of IFRA standards; it could easily have been redone for some other reason.

Many thanks to Tania Sanchez for her help with this article!

A larger-than-usual number of bans, restrictions and specifications
It is absurd
The story of fragrances