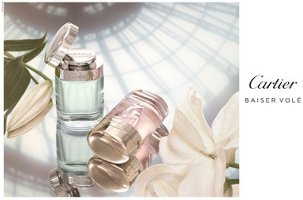 After last week’s battering of celebrity perfume reviews, I decided I needed a bottle of something nice. Cartier Baiser Volé, to be precise. But buying it wasn’t as simple as choosing a size and proffering a credit card. Baiser Volé comes in Eau de Toilette, Eau de Parfum and Extrait de Parfum. How do you choose between different formulations of the same fragrance?

As the FAQs page at Now Smell This lays out in more detail, different formulations of the same fragrance have different concentrations of the perfume base, with an Eau Fraïche containing the least amount and Extrait the most. Knowing this, you might think choosing a formulation would depend on how strong you want the fragrance or how long you want it to last. In fact, it’s not that simple.

First, lasting power (also called “persistence”) has more to do with the materials used in a fragrance than with its concentration. Plus, with a lesser concentration, you’re apt to apply more. For instance, a dab of Guerlain Vol de Nuit Extrait lasts about four hours on me. Vol de Nuit Eau de Toilette, which I spray three or four times when I use it, lasts at least that long. Also, a Cologne in one fragrance will often outlast the Extrait version of another fragrance. Witness Hannah Montana Cologne spray. My money would be on Hannah Montana to outlast plutonium, let alone Patou Joy Extrait.1

Next, for each fragrance that comes in different formulations, the formulations often smell like different — although related — scents. For instance, perfume lovers know that if they adore a particular classic Guerlain in Extrait, they may well detest the Eau de Toilette version of the same fragrance. Really complicating matters, perfume lines drop and add different formulations over the years. You might become attached to the Eau de Toilette version of a fragrance one year and find it discontinued or replaced by an Eau de Parfum the next.

Here are a few of my observations about fragrance formulations. I hope you’ll add your own discoveries to the comments:

Extrait (also called Parfum or Extrait de Parfum): A fragrance newbie might think Extrait would be the strongest version of a fragrance with the heftiest sillage, but Extrait often wears subtly and close to the body. If you think about it, it makes sense. Other forms of fragrance contain more alcohol, which diffuses fragrance as it evaporates on skin. I like to wear Extrait when I want a close, personal aura of fragrance, or if I know I’ll be around a lot of competing fragrances, and I don’t want to be part of a perfumed soup. Extrait tends to present the most sophisticated version of a fragrance, and some perfume companies reserve their best quality materials for Extraits. Extrait, although expensive, is wonderful to wear. These days, it’s increasingly rare for a perfume house to make Extrait versions of their fragrances, and if they are made, they aren’t always easy to find (and they're often limited edition). That’s too bad.

As an example, Baiser Volé in Extrait cloaks its silky-powdery heart in an earthy, almost truffled, note. It’s a little dirtier than the Eau de Parfum, more like velvety-ripe skin rubbed with lily than the bathed and powdered skin of the Eau de Parfum. My local Nordstrom had a tester of the Extrait but none in stock. If I wanted to buy it, I’d have to order it.

Baiser Volé launched in Eau de Parfum, and when people think of what Baiser Volé smells like, the Eau de Parfum is their benchmark. It’s a “straight” version of the fragrance — serious and not particularly witty, but lovely all the same.

At the drugstore, Cologne sprays are much easier to find, and some drugstore fragrances only come in Cologne spray. Again, remember that just because something is labeled “Cologne spray” or “Natural spray,” it still might last all day on skin.

In the end, I chose Baiser Volé Eau de Toilette. I wanted something light and easy to wear in the heat, but complex enough not to bore me. I wanted to be able to spray the fragrance freely and even mist a few lampshades without the fragrance getting overbearing. The Eau de Toilette fit the bill. When fall comes, though — watch out wallet. The Extrait is calling my name. 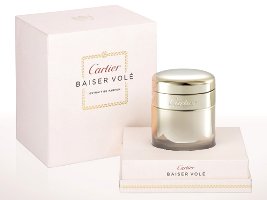 What perfume formulations do you prefer, and why?

1. In case that doesn't already make it clear, expensive raw materials don't necessarily last longer than cheap raw materials, and a fragrance's lasting power is not necessarily a sign of "quality" or increased investment in the juice.