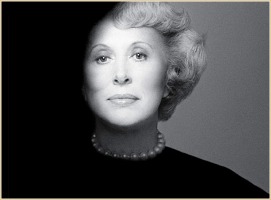 Cosmetics, skincare and fragrance company founded in 1946 by Estée Lauder, who started with several skincare products created by her chemist uncle. She landed counter space at Saks in 1948, and went on to build an empire. Lauder died in 2004; the Estée Lauder company is now publicly traded, but is still run by the Lauder family.

In 2005, Estée announced that Tom Ford had signed on to create new products under the Estée Lauder brand, and to launch his own Tom Ford brand in late 2006. Fragrances under Tom Ford's direction under the Estee Lauder name include Youth Dew Amber Nude (2005) and Azuree body oil (2006). Tom Ford Black Orchid (2006) was the first fragrance under his own name. The 2007 Tom Ford Estee Lauder Collection included Azuree Body Oil & Azuree Soleil Eau Fraiche Skinscent.

From the website (see below), or at major department stores or online fragrance discounters.

See all articles at Now Smell This tagged Estée Lauder.