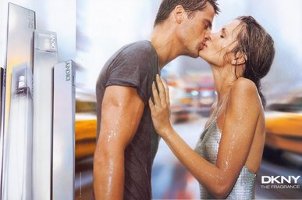 Fashion designer who attended the Parsons School of Design, then went to work for Anne Klein at the age of 20. In 1985, she started her own brand with her husband, Stephan Weiss; the Donna Karan fashion brand has been owned by LVMH since 2001. According to the New York Times, Karan "became a force in American fashion by training her sights on the real-life wardrobe requirements of urban career women". In 2015, Karan stepped down from her position as chief designer.

Fragrances were introduced in 1992 with Donna Karan New York, followed by DK Men (1994, later renamed Fuel for Men), Cashmere Mist (1994, although it started as a scent for body products), Chaos (1996). These initial fragrances were produced in-house, and lost considerable money for the brand.

From 1997 until 2021, fragrances were produced under licensing arrangements with Estee Lauder. In 2021, the license moved to Inter Parfums.

In 2008, Donna Karan relaunched a collection of "iconic" and discontinued fragrances: Donna Karan, Chaos, Fuel for Men, Black Cashmere and the Donna Karan Essence Collection. These scents are available at Bergdorf Goodman and Neiman Marcus in the US, at John Lewis or Harrods in the UK, or online.

The Donna Karan and DKNY fragrances can be found at department stores or online fragrance discounters.

See all articles on Now Smell This tagged Donna Karan, or check out our collection of Donna Karan fragrance commercials.