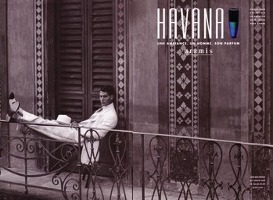 Aramis was established by Estee Lauder in 1964 — it was Lauder's first offshoot — as a prestige men's grooming and fragrance line. The Aramis division is also the parent company of Tommy Hilfiger fragrances.

Aramis fragrances can be found at selected drug stores and department stores, or online at the various fragrance discounters.

See all articles on Now Smell This tagged Aramis.