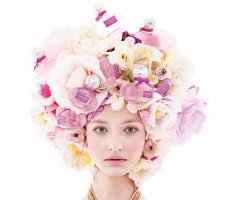 American leather goods brand established in New York City in 1941; they were known in the 1980s primarily as the makers of sturdy leather handbags. Coach was acquired by Sara Lee in 1985, then spun off into a separate company again in 2000.

Under the direction of designer Reed Krakoff, who joined Coach in 1997, they have since expanded their offerings to include a wide variety of accessories, apparel and luxury goods. In 2014, Krakoff will leave to devote his time to his own line.

Fragrances were made under arrangements with Estee Lauder; in 2015 the license moved to InterParfums.

See all articles on Now Smell This tagged Coach.