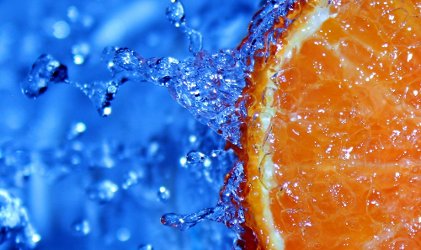 I am a summer person. My favorite thing about spring is that it's almost summer, and my favorite thing about fall is that sometimes, the summer days linger on longer than expected. I have nothing good at all to say about winter. But we take turns writing the seasonal Top 10 posts for Now Smell This, and somehow it has worked out that I've only done the summer list twice, in 2005 and 2007. Either one of those lists1 would take me happily through a summer even now, all these years later, and truth be told, summer is when I wear the least perfume anyway.2 Many days, a light layer of scented lotion is enough fragrance for me, and there are many more days when (horrors!) I wear no fragrance at all.

For this year's list, I've avoided repeats by emphasizing post-2007 fragrances. Most, but not all, of my choices are unisex, and I've included niche and mainstream and indie, cheap and not so cheap.

Annick Goutal Ninféo Mio: Ninféo Mio covers all the right summer bases – citrus, plenty of green, touches of hay and fig. It's refreshing without being too artificially clean (no dryer sheet here). It smells like summer to me; I wear it in summer because it fits, and I wear it the rest of the year to remind me of summer. I wear it more than I thought I would when I bought it — we all know it doesn't always work out that way — and I would say the same of Annick Goutal's Mandragore, which is another great summer option.

Bath & Body Works Coconut Lime Verbena: I don't know if they still make this in an Eau de Toilette, but it doesn't matter because the scented lotion is all I use anyway. Like Bronze Goddess (see below), it's the perfect fragrance for the sort of outdoorsy summer vacation where you don't want to wear "real" perfume anyway. (And a side bonus: you can use the shampoo to do your hand wash in a hotel bathroom, and just the lightest little bit of fragrance will linger on your clothing).

Estee Lauder Bronze Goddess: This one is sort of a cheat because the earlier version of this fragrance, Azuree Soleil, is already included on my list from 2007. Still, there have been numerous summer vacations where Bronze Goddess is the only fragrance I've worn, so I hate to leave it out. It smells like vacation, wears perfectly in the heat, and never overwhelms.

Hermès Eau Claire des Merveilles: The original Eau des Merveilles is a pre-2007 scent, so I didn't need to dither over which to include here, but I do wear both of them quite a bit in the summer. Of all the recent cosmetic powder fragrances, Eau Claire is my favorite for hot weather wear, and I have so many hot weather favorites from Hermes that I could easily do a top 10 of summer from just that one brand.3

L’Artisan Parfumeur Séville à l’Aube: I hope to review this later in the month, along with a massive disclaimer since I do know Denyse, the Grain de Musc blogger who designed it. If you're a perfumista, you probably already know all about it, if not, I'll just say it's one of my favorite orange blossom scents ever.

Parfum d’Empire Azemour Les Orangers: A wonderful juicy (orange!) fresh chypre in the classic mode (in other words, with a dry mossy base). It was my favorite niche fragrance of 2011, and while it isn't dirt cheap, the price is reasonable for a niche fragrance. I'm still living on samples but will almost certainly buy it before the year is out.

Parfums de Nicolaï L’Eau à la Folie: A perfect summer fruity floral with plenty of citrus, crisp rather than sugared. This is what I'll buy when I use up my Parfums de Nicolaï Eau Exotique (see the 2007 list below).

Prada Infusion d'Iris: This is another fragrance that smells bright and summery to me, but that I wear all year round. It's one of those fragrances I reach for when I don't want to think about what fragrance I ought to wear, and its quiet elegance works in nearly any setting.  The new Absolue is even more gorgeous, but isn't quite so summery.

Soivohle’ Jasmine Summer: I need at least one straight-up floral for the summer, preferably one that's simple, light, and not too indolic. Jasmine Summer fits the bill perfectly. It isn't cheap (indie rarely is) but it isn't outrageous either, and it can be had in the small 12 ml size for less than $30. Bingo.

The Different Company De Bachmakov: De Bachmakov is bright and zingy and cold, and the perfect refresher on a hot summer day when your spirits are wearing thin. Of all the fragrances on my “to buy” list that I haven't yet purchased, this is the one I think about the most. It's also the most expensive thing on today's list, which is why I haven't bought it yet.

2. Although it's also when I do the most testing, since there's just more bare skin to go around. It's easy enough in the summer to test 10 or 12 fragrances at the same time.

Another note: I'm still on vacation, and have very limited wifi access right now. I might not be able to respond to comments until tomorrow.