Once again, I am lacking a theme, unless you call "fragrances I tried recently" a theme. So without further introduction, here are quick reviews of Diptyque's Eau Particulière & Eau Mage, Dear John by Lush, Meow! by Katy Perry and Soivohle' Jasmine Summer. 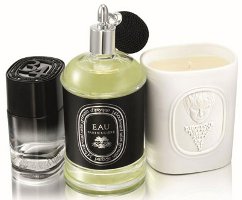 Both of these fragrances are part of the limited edition Les Invités du Trente-Quatre collection celebrating Diptyque's 50th anniversary. Eau Particulière (shown above center) is a "multi-use" fragrance from perfumer Olivier Pescheux — you can use it on your body, as a room or linen spray, whatever. It features rose, musk and mint, and it's pleasant, but it suffers from the tendency of mint-heavy fragrances to smell like toothpaste, or in this case, mouthwash. It's subtle (and fresh) enough that it doesn't smell like much of anything for very long. Unisex, in 240 ml Body & Home Spray, $135.

Eau Mage (above left) is a conventional (i.e., personal) fragrance from perfumer Fabrice Pellegrin. It's an interesting spiced woody musk with lots of ambroxan and just enough — but not too much — cumin. It's far deeper and darker than most of Diptyque's recent offerings (I've come to think of post-2004 Diptyque as a kind of go-to house for transparent niche fragrances) and it has a definite sexy vibe. After numerous tries, I'm in the "like it" stage, not in the "must own" stage, but it's very much worth a try. Unisex verging on masculine, with notes of ambroxan, green mandarin, cashmeran, cumin, rose oxide, patchouli and labdanum. In 50 ml Eau de Toilette, $120.

Side note: this collection also included a candle (above right) by perfumer Olivia Giacobetti featuring charcoal, paper, amber and old wood — if anyone got to smell it, do comment! 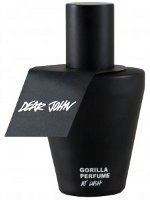 Like nearly everything else from Lush, Dear John is bold. It's a spicy citrus with woody undertones — lots of pine — and what they call a "strong" coffee note and I call a "subtle" coffee note (the notes: lime, pine, coffee, coriander, clove, cedarwood, vetiver). The citrus, pine and clove give it an almost holiday vibe, but the coffee keeps it from smelling like a candle. The far dry down smells like lime-tinged vetiver. Masculine verging on unisex, and absolutely worth a shot if you've despaired of finding a men's fragrance in your local mall that doesn't smell like generic-man-sport-smell. As a bonus, the lasting power is excellent. I did not fall in love, but I enjoyed wearing it. As shown above, $40 for 30 ml, also available in a 10 ml travel spray for $16.

The second fragrance from Katy Perry, Meow! was described as a “little bit more sweet” sister fragrance to her debut scent, Purr. I beg to differ. It's an achingly sweet pear-heavy fruity floral with a particularly strident honeysuckle note and a vanilla sugar dry down à la Britney Spears Fantasy. Mind you, I did not love Purr (I called it a an "inoffensive youth-oriented fruity floral") but I also didn't mind wearing it. Meow!, I minded — I vastly prefer Fantasy, or Jessica Simpson Fancy, for a candied celebrity fragrance. I still love those cat bottles though, and if you like sweet, it might be right up your alley. The reviews over at Nordstrom are absolutely glowing. 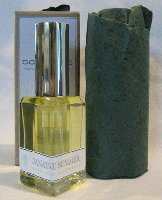 Soivohle', the indie line of perfumer Liz Zorn, calls Jasmine Summer a "clean light Jasmine perfect for the hottest summer day", and it is, in the best indie sense. The mainstream version of such a thing would surely be Fresh Pink Jasmine, or maybe Marc Jacobs Blush (now discontinued). The niche version would be something a bit more sophisticated (and expensive), like Tom Ford Jasmin Rouge or L'Artisan's lovely but ephemeral Thé Pour Un Été.

Jasmine Summer is more note-driven than any of these, that is, it smells like real jasmine, and as though everything else (the notes: key lime, sweet fennel, tropical fruits, lily of the valley, coconut, plumeria, wild berries) is there to simply to accent and play up the jasmine. So while it is light, the jasmine is heavier than it is in any of the other fragrances mentioned above, and while it is clean, it isn't clean in the modern, could-be-detergent sense — it's just not indolic. And it isn't nearly as fruity or tropical as you might assume from the notes: it just smells like a pretty, relatively unadorned summer jasmine with fruity undertones. There's a nice shot of lime in the opening, maybe some pale melon in the heart, and the vaguest suggestion (nothing that approaches suntan oil levels) of creamy coconut throughout. Nice. In 12 or 60 ml Eau de Toilette ($28 / $110).