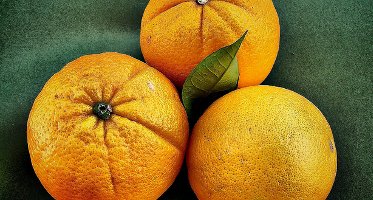 Azemour Les Orangers is the latest from French niche line Parfum d'Empire. It's meant as a tribute to the city of Azemmour in Morocco and the surrounding region, where founder Marc-Antoine Corticchiato reportedly spent time at his family's orange groves as a child. As a back-story, that's relatively tame for a brand that has already brought us scents inspired by the Ottoman empire and Napoléon Bonaparte, among others, but with the never-ending onslaught of new niche brands with ever more obscure (and pretentious) inspirations, I'm tired of back-story anyway.

Azemour Les Orangers is a fresh chypre, a real, honest-to-goodness fresh chypre, with plenty of citrus and that mossy, nearly-musty undertone that you either adore or detest.1  If, like me, you adore it, then Azemour will be like greeting an old friend that you haven't seen in some time and feared you might never meet again. The opening is juicy but dry: lots of bright, orange-y citrus with green undertones and plenty of peppery spice (notes include orange, grapefruit, mandarin, citron, coriander, cumin, black pepper, pink pepper, cassis, galbanum, neroli, geranium, orange blossom, rose, hay, moss, henna and iodine). It's almost fizzy in the first few minutes — it seems to dance and sparkle on the skin as it warms. It has, briefly, an almost-sweaty aspect that I also find in fragrances like Annick Goutal Eau du Sud and Frédéric Malle Cologne Bigarade; in this case, it is probably the combination of cumin and grapefruit, although I don't think cumin-o-phobes will find that note overdone.2 The base is a hot summer's day in a dry climate near the sea (Morocco will do, but I thought right away of my much-missed Southern California): dried grasses, the faint scent of orange blossom carried on salty air.

It's summer-y, but has enough depth and bite that I enjoy it (immensely) even in the cold, and the lasting power is surprisingly good. Glorious, possibly my favorite niche fragrance of 2011,3 and going straight onto my "buy" list.

Note: top image is 1962-Naranjas [cropped] by jl.cernadas at flickr; some rights reserved.

1. According to Denyse at Grain de Musc, it contains enough real oak moss (see the comments at that link, update: and then see the comment below by Mikael — the wording I used here might be overstating the matter, but as I said below, all that matters to me is that it smells mossy).

2. On the other hand, I've become so immune to cumin that I probably ought to try Rochas Femme again.

3. But who can remember them all? I need to do a review before we come up with a Best of 2011 post. If anyone wants to add their favorite niche fragrance of 2011 in the comments, please do!

5 perfumes: citrus for cold weather
And 25 more fragrances every perfumista should smell
Perfume: best of 2011