Brief reviews of three recent designer fragrances: My Burberry, Narciso by Narciso Rodriguez and DKNY MYNY. Bonus points if you can guess right off the bat which I liked best and which I liked least (hey, I'm nothing if not predictable) and do comment if you've smelled any recent launches we should all know about. 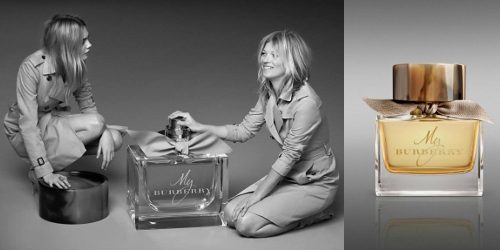 My Burberry takes its cues from the iconic Burberry trench coat, worn in a London garden after the rain, and yep, that's just what it smells like. Perfumer Francis Kurkdjian has done up a dewy floral in the modern style, and given it just enough of a warm golden glow to justify an autumn launch. It's youthful and optimistic, and the flowers (sweet pea, freesia and rose; other listed notes are bergamot, geranium, quince and patchouli) are kept sheer and clean. There's a soft touch of green, a bit of a peppery-spicy bite and a lightly sweet woody-musky base with the usual patchouli fraction to provide some depth and darkness to the dry down.

Verdict: Likable and easy to wear — I do like it a gajillion times better than Burberry Body. That said, freesia and sweet pea are not really my thing, and if they were, I'd go for the much prettier Carven L'Eau de Toilette, also by Kurkdjian, although that one smells more like spring than fall. Pricewise, the Carven smells more expensive but actually costs less than My Burberry; if you're willing to shell out even more, you could skip them both and go for the more elegant (and season-less) Pluriel from Maison Francis Kurkdjian. 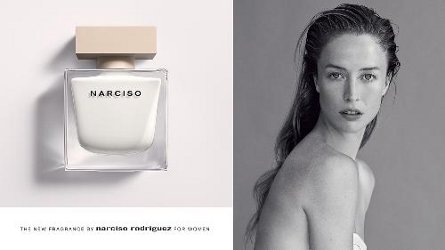 I have seen a few reports that the new Narciso is similar to the old Narciso Rodriguez for Her, but I won't be able to help you on that score since I can't smell the old very well — it makes my throat close up pretty quickly. The new one is a bit of an oddity. It has a raspy, citrus + dry herbs + plant stems + fruit opening, almost bitter at times. It slowly evolves into a milky, stylized-gardenia floral with a vaguely camphorous edge, somewhere between wintergreen and mothballs. It's loud in the early stages, softer and quieter after the first hour or so but with some decent sillage even then. The dry down is a woody-ambery musk, slightly powdered, a bit vanillic, rather sweet. My first thought was that if there were such a thing as gardenia marshmallow fluff, this is what it would smell (taste?) like, but that makes it sound far sweeter and foodier than it is, so let's say a very thin schmear of the gardenia marshmallow fluff on a wood plank. It is reputed to have lots of vetiver, and perhaps it does, but it's a cleaned-up sort of vetiver, no more than mildly earthy. It's too musky to call it clean (and thankfully, the musk smells nothing like detergent), but it's not skanky in any traditional sense.

Verdict: Terrifically well done by perfumer Aurélien Guichard, and I had great fun wearing it. It's the sort of perfume where you discover something new every 10 minutes of wear. I'm not at all sure I really want to wear it long term, though...it's going in my purgatory basket for later consideration, but it's very much worth a try. And hey, that's a great bottle. 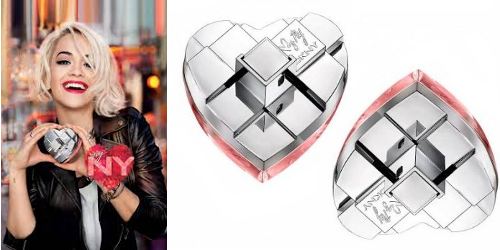 Verdict: With the usual apologies to any fans, this is what I'd expect a pink raspberry air freshener to smell like. There have been any number of fragrances lately that try to capture the energy of New York City in a juice that you could sell, well, anywhere, and they've mostly been dismal (Elizabeth Arden Untold and Calvin Klein Downtown come to mind), but DKNY MYNY is surely the most forgettable (and least New-York-ish) of the lot.