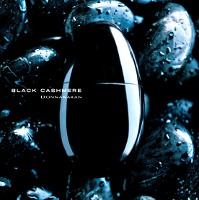 Winter arrived late this year, but for the past week or so it has been making up for lost time. It is bitter cold, and outside my window, last night's snowfall is being swirled around by a vicious wind. It is the sort of day when nothing but an oriental will do: hence today's scent, Donna Karan Black Cashmere. Black Cashmere launched in 2002, and was Donna Karan's sixth fragrance release for women. It was created by perfumer Rodrigo Flores-Roux (who also worked on the recent Donna Karan Gold), and the notes include saffron, masala spices, white pepper, clove, nutmeg, pimento berries, broom flower, patchouli, rose, incense, wengue wood, bois de miel, labdanum.

The first blast of Black Cashmere is a little rough: lots of raw, cedar-y wood, lots of pepper, a rush of warm spices. It takes its time settling down; after 20 minutes or so it has finally smoothed out into the velvety-soft sort of thing you'd expect from the name. Velvety soft, of course, could as easily describe Donna Karan's Cashmere Mist, but this is another kind of soft altogether, being neither plush nor girly nor pink.

The dry down smells like a judiciously spiced sandalwood incense. The patchouli adds earthy undertones and a faint sweetness, still, it is more dry than not. Likewise, it is mysterious and dark, but not overly so: it is more soothing than brooding, and it doesn't quite reach the gothic heights of some incense-heavy fragrances. It is decidedly sexy, and I should think anyone, male or female, could wear it. 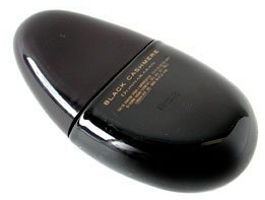 Black Cashmere is a distinctive scent, and not one that you'd assume would have widespread commercial appeal. One can easily imagine it being launched with its now-discontinued cousin Chaos as a haute couture release with very limited distribution and a higher price tag, as in the Armani Privé or Hermessence lines. Happily, the price is in fact quite reasonable; a 50 ml bottle of Eau de Parfum retails for $52, and you can shave a few dollars off if you look around at the online fragrance discounters.

Update: Donna Karan Black Cashmere is now part of the Donna Karan Collection; the packaging shown above is no longer used.

5 perfumes: incense fragrances for winter
100 Fragrances Every Perfumista Should Try