Every year the fragrance industry's output grows more prodigious, and every year, I try fewer new fragrances. In 2016, I outdid myself (and so, presumably, did they, although I have not yet seen any official numbers for the year's releases). I could not tell you if it was a good year, or a bad year, or a so-so year, for perfume. It seems like I found fewer fantastic new scents than usual, but maybe I just directed my sampling poorly (and quite a few of the fragrances chosen as this year's best by Now Smell This contributors are fragrances I missed entirely).

My choices are just below. Scroll down to see what Angela, Erin, Jessica and Kevin thought was noteworthy in 2016, or click over to Bois de Jasmin, Grain de Musc, Perfume Posse or The Non-Blonde for more opinions. And of course, do add your own thoughts in the comments!

My favorite niche fragrance of 2016: I did not think it was a stellar year for niche fragrance. L'Artisan Bucoliques de Provence was a late breaking (for me) favorite. Vilhelm Parfumerie's Purple Fig was great fun in a year where fun was conspicuously missing from niche.

Best mainstream: A tie between Hermès Eau de Néroli Doré (which I love) and Galop d'Hermès (which I admire), although I would not have expected either to be the best of the year when I smelled them.

Best indie: It was a very good year for indie, and it was hard to narrow down my choices. My own favorites were Tauer Perfumes Lonesome Rider and Hiram Green Dilettante, with a shout out to Dawn Spencer Hurwitz Kaleidoscope, which made me smile all through the late summer and early fall.

Favorite 2014 fragrance I did not smell until 2016: April Aromatics Ray of Light

I've already forgotten what it smells like: La Femme Prada

Writhing is so 2015: I also liked the spots for La Femme Prada and Galop d'Hermès

Collector bottle I'd kill for: The Guerlain Mitsouko edition from Arita Porcelain Lab

Perfumer of the year: Christine Nagel. Her debut fragrances as the house perfumer at Hermès should have eased any worries about the direction the house will take after the departure of Jean-Claude Ellena, and I'll add a belated thank you to Ms. Nagel for Fendi Theorema, which has given me so much enjoyment over the years.

Amouage Myths Woman and Masque Milano Romanza: These fragrances taught me that I adore the syrup sweetness and ashiness of narcissus absolute. To me, both fragrances are black-and-white movies featuring moody starlets and layers of atmosphere. I must have one of them in my collection eventually, but which one? What a terrific dilemma to ponder.

Arquiste Ella: Ella is the ideal combination of elegance and trash. It’s a classic chypre plunged into Studio 54.

Hiram Green Arbolé Arbolé: Here is an ideal everyday scent for me. It’s easy, interesting, warm, and friendly. A no-brainer.

Ciro Danger: I love this one for its unconventional structure of leathery rose with lavender and cinnamon, but also for its reminders of the ebullient, inspiring friend who gave it to me.

Galop d’Hermès: I want to know the woman who embodies Galop’s lush femininity. I know I’d like her, but I might be afraid of her, too. She’d likely be too classy to want to hang out at my place.

Chanel Chance L’Eau: If you have to simplify No. 5, this is the way to do it. I can handle — and adore — the real thing with its aldehydic, old-fashioned feel, so I don’t need L’Eau, but I’m glad it’s around.

Favorite fragrance that lived — and died, or almost — in 2016

Pierre Bourdon Sous les Magnolia: I smelled this in Paris and a few times on Grain de Musc’s Denyse Beaulieu, and I’m sorry I didn’t buy a bottle while I could. As Denyse said, it smells like a lost Roudnitska, or — my words — like Diorella’s southern-born half-sister. Now it’s only available in Austria and Germany. I love this one for its Scarlett O’Hara waft of magnolia, but also because it reminds me of Denyse and her humor, love of old movies and torch songs, and warm personality.

World-wide and for me, personally, 2016 was a bummer. But in terms of perfume, I thought it was a fine year: not a lot of spectacular mind-blowers, but plenty to enjoy.

Indie Highlights: Hiram Green had a very good year, releasing both Dilettante and Arbolé Arbolé. Zoologist similarly released a few interesting choices, with my pet being Macaque. And Slumberhouse New Sibet is one of the most classical, almost retro fragrances Josh Lobb has made — don't be turned off by the listed "goat fur" note.

Mainstream Highlights: A weird tie for me, with Cartier L'Envol and Hermessence Muguet Porcelaine both proving quite pleasing. The Hermès hand-over year between perfumers Jean-Claude Ellena and Christine Nagel seems to have gone well, with Galop d'Hermès as well as the Eau de Rhubarbe Écarlate and Eau de Néroli Doré duo likely to be on many people's lists.

Perfectly Acceptable: As usual, there's plenty to pick from here, increasingly from niche lines. I should note that I am not trying to damn these fragrances with faint praise; it's just I didn't find any of them especially surprising. Aedes de Venustas Grenadille D'Afrique, Diptyque Eau des Sens and Maison Francis Kurkdjian Petit Matin come to mind first. I usually pick a "Very Nice, But Not for That Price" winner and that award goes this year to Tom Ford Vert de Bois.

Best Late Discoveries from 2015: This has become my favorite category the last few years, with fragrances I initially missed becoming late loves. One of my most worn perfumes this year was 2015's Rubini Fundamental. I also enjoyed Aesop Tacit, Anatole Lebreton Incarnata, Baruti Berlin im Winter and Kerosene Broken Theories.

Well, 2016 was a strange year. I'm still sad about the deaths of several longtime musical idols (Bowie, Prince, and George Michael — really?!) and I dread reading the headlines every morning. On the other hand, I feel like I've been fortunate in various recent developments in my personal and professional life. Over the past year I've even had opportunities to teach classes about perfume history and culture in New York, which was great fun (and something I'll be continuing in 2017). Here's a quick run-down of a few scents that have stayed in my mind and/or on my skin this year, for various reasons. 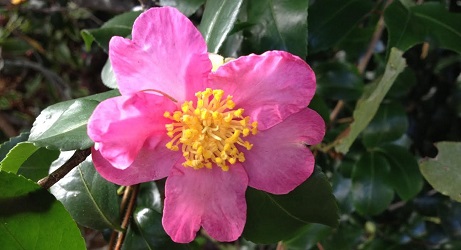 In my Best of 2015 post, I mentioned seven memorable perfumes; this year's number is closer to seventeen if you count perfumes from houses I 'discovered' for the first time this year (Zoologist, Dame Perfumery, Mirus, Olympic Orchids).

Since the end of a year is a time for contemplation of all sorts (serious and petty), I've been thinking of all the perfume houses that have disappeared (while in plain sight) for me — due to distribution, dilution of content (by releasing way too many 'new' fragrances) and a type of obscurity caused by being part of a HUGE crowd. Gone are the times when companies like Annick Goutal, Comptoir Sud Pacifique, Etro, L'Artisan Parfumeur, Santa Maria Novella, The Different Company and Maître Parfumeur et Gantier stood out and attracted feverish attention. (Does any perfume company today attract feverish attention given the almost-endless choices in the marketplace and new companies hatching like fleas?)

2016 was full of disappointing releases but I'll concentrate on perfumes I enjoyed. First up, two late-2015/early-2016 manly offerings that pleased me (one enough to buy it): Memo Manoa and Frédéric Malle Monsieur (cha-ching!) You can add Arquiste Él to my macho picks of 2016. I expected Etat Libre d'Orange Attaquer Le Soleil Marquis de Sade to be either gross or dull; it was a delightful take on cistus labdanum: fresh, citrus-y, mood lifting. Lift-off was implied by Cartier L'Envol, too...and it provides a smooth, restful (but not boring) ride. I am wearing Diptyque Kimonanthe on my current museum gallery talks; it makes its presence known in dimly lit Japanese galleries with "offerings" of camphor, delicate incense, dried osmanthus flowers, and clove/carnation. Sarah Jessica Parker Stash SJP was a surprise hit with me (and a perfume men or women can wear). Two "women's" perfumes caught my fancy: sultry Amouage Myths Woman and Hiram Green Dilettante (flowers in two styles: sexy-jaded and flirty-perky). Finally, one of my favorite perfume houses, Astier de Villatte, launched four perfumes and, !SHOCK!, I enjoy them all: Grand Chalet, Elixir du Dr. Flair, Commune de Paris 1871 and Splash Orange Amère.

I'm prefacing my article with a photo of a Cleopatra camellia from my garden; she's been blooming all through fall, even in freezing temperatures. Apart from the beautiful blossoms, Cleopatra's fragrance is perfect for cold weather, a mixture of sharp honey and camphor-rich incense. Cleopatra blooms prolifically under tough conditions...may we all have such fortitude in 2017 (while smelling our best)!

Note: image at top of post is Bottles & Reflections (Revised) [colorized] by dvaires at flickr; some rights reserved.