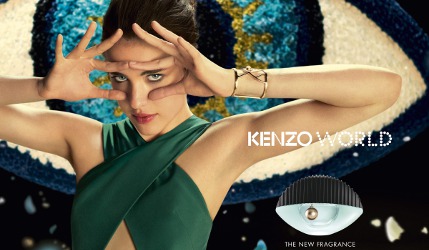 Ok perfumistas, give us a vote on Kenzo as a perfume house. Are you a fan? Not a fan? Or, like me, do you have nostalgic warm fuzzies for the good old days of dependable if not earth-shattering fragrances like KenzoAir and Kenzo Amour (or even farther back: Jungle L'Elephant), but look with some dismay on what seems lately to be little more than an endless stream of Flower and L'Eau Par Kenzo flankers?

Wherever you fall on the spectrum, the new Kenzo World is not likely to radically shift your outlook. The sparse list of notes (red fruits, peony, jasmine and ambroxan) tells more of the story than it ought to. There is a fruit bomb opening (bright, sweet and loud), then a nondescript floral heart (what I think of as pink perfume flowers), then a woody - musky - ambery base (pale but mildly warm). There are whispers of greenery here and there, and a sour undertone in the early stages that was appealingly tart on some wearings, just plain sour on others.

Verdict: It is lively and energetic, I will give it that, and it's reasonably wearable and youthful. But despite the exhilarating vision of Margaret Qualley shooting laser beams from her fingertips while dancing like a crazy person in the fantastic commercial from Spike Jonze, and despite the cool bottle and the new artistic directors at the helm,1 and despite the involvement of perfumer Francis Kurkdjian, Kenzo World still smells entirely bound by convention. All of Kenzo World's surprises are visual, not olfactory, and without smelling like a dupe of anything in particular, it manages to smell like any other modern fruity / woody pink floral. In that sense, it might be more appealing to women who don't shop for fragrances frequently, or who are more motivated by the advertising and packaging than the juice.

The quick Kenzo poll: name the three fragrances you think anyone new to the brand ought to try. 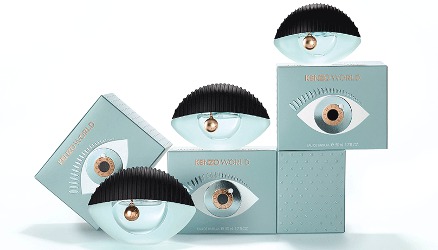 1. Carol Lim and Humberto Leon joined Kenzo in 2011, but reportedly this is the first Kenzo fragrance under their creative direction.