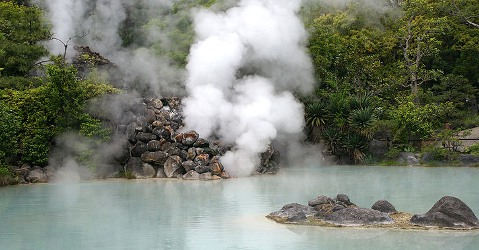 Aroma M has never offered a gourmand fragrance before, unless you count the cocoa note in Geisha Violet (really more of a "fleurmand"). I was surprised to see that this new Geisha was vanilla-themed, and I have mixed feelings about vanilla perfumes. Although I'm a lifelong Shalimar fan, I don't do well with more dessert-y vanilla perfumes: I was already too old for Pink Sugar when it appeared in the United States, and I bought L de Lolita Lempicka for the bottle and never wore it much.

Fortunately, Geisha Vanilla Hinoki delivers on its promise of a sophisticated vanilla. Its opening is a warm, glowing bergamot note, and the vanilla heart is overlaid with spice notes (clove, cardamom, nutmeg) that balance its sweetness. There's a hint of smokiness, too, but it's very gentle; this isn't a tobacco-y vanilla. In perfume oil form, Vanilla Hinoki smells denser, and its lavender and incense notes seem more evident. As an Eau de Parfum, it has more "lift" and continues to give off bursts of citrus and greenish wood. (I've only encountered a hinoki note once before, in Six Scents Series Three #087 — what ever happened to that brand, anyway?) Both concentrations have excellent staying power, even on my scent-eating skin.

If you like other sophisticated, non-cupcake vanillas like L'Artisan Parfumeur Vanille Absolument or Atelier Cologne Vanille Insensée, you may also like Geisha Vanilla Hinoki, although you really don't have to be a vanilla-lover at all to enjoy it. It leans slightly feminine, although some men could probably wear it as a cozy, cashmere-like layer of scent. Vanilla Hinoki seems very unusual, but in an effortless, non-threatening way. If it were an item of clothing, it would be a soft, lightweight robe that you'd wear just before stepping into one of those Japanese heated spa springs, so beautifully fitted and wrapped that it feels as though it were made for you.

Aroma M Geisha Vanilla Hinoki can be pre-ordered at the Aroma M website and Luckyscent, in 50 ml Eau de Parfum (shown, $90) or in Perfume Oil roll-on ($60).