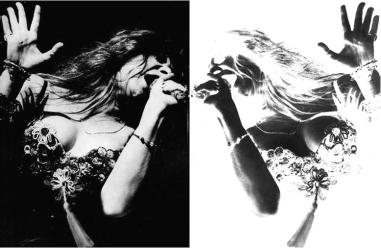 According to Barneys New York, Frédéric Malle’s inspirations for Monsieur1 were...

“…remorseless seducers2 who would playfully flit from women’s embrace to social merrymaking. Gentlemen3 whose manly and timeless elegance has relentlessly guided the development of this perfume and enabled Frédéric Malle to stay on course during the creation of this very minimal scent.”

Here they are, a-hem, “aristocrats” all!

Alfonso Antonio Vicente Eduardo Angel Blas Francisco de Borja Cabeza de Vaca y Leighton: womanizer and inept race car driver who killed himself, a co-driver and nine spectators, most of them children, on a race through Italy — he had more letters in his name than years in his life…he died at 28.

Jose-Luis de Villalonga: all-around creep; to quote The Telegraph’s obit: “...a Spanish nobleman, playboy, wastrel…fortune-hunter and bit-part actor who … achieved notoriety when he confessed to having cruelly mistreated his first wife, an English aristocrat.”

Gianni Agnelli: billionaire union-buster and self-conscious “style icon” (if I read one more time about his wearing his wristwatch over his shirt cuff, I’ll scream!)

Monsieur Malle: couldn’t you find any good-looking/stylish men who were decent human beings to inspire you? If not, you should have called Monsieur "Vulgarian" instead.

I’m almost disappointed to say, given the above, that I adore Monsieur; but I’ll reserve my Bravo! for Bruno Jovanovic, the perfumer.

Monsieur starts with a deep rum aroma mixing with tangerine “bitters;” the tangerine is dense, not effervescing. Beginning almost at once, I smell a mysterious-musty patchouli aroma; the patchouli is green and vegetal in character in the early stages of Monsieur, a bit bitter and sour. 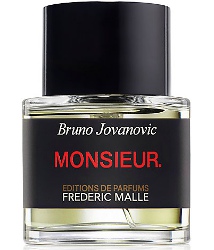 In its heart, Monsieur presents very musky leather with cedar and a tinge of dried-piss smell; this leather is like the leathers you find for sale in the souks of Morocco: raw, verging on the unpleasant in scent and strongly scented. (In case you didn’t know, urine is part of an ancient recipe for curing/softening hides).

The opening phase of Monsieur, which lasts about 45 minutes on my skin, can be described as rum muddled with tangerines served in a smelly leather boot whose wearer inadvertently (or not) peed on it. I applied Monsieur to my skin and drenched a large paper strip with it, too; the paper intensified the urinous/cedar notes, so try this perfume on skin before dismissing it outright. Monsieur’s leather (or “suede” as it's described on the Frédéric Malle website) slowly becomes “tarry,” with a pleasant aroma of freshly ground black pepper on the exhale.

The base of Monsieur is beautiful: vanilla-rich amber mixing with strong, silky patchouli. If you don’t like patchouli, you won’t like Monsieur; and if “dirty” perfumes don’t suit you, this probably won’t either. Monsieur has Character; it’s my favorite Malle perfume in ages.

If I could choose the human symbol of Monsieur it would be a mademoiselle: Janis Joplin. I imagine her smelling of patchouli, cedar and leather. And I think she could have put all the cads listed above in their places.

1. Ed. note: the fragrance's official name is "Monsieur."; at least one publication (Wallpaper) is calling it "Monsieur Dot". We are ignoring the dot altogether.