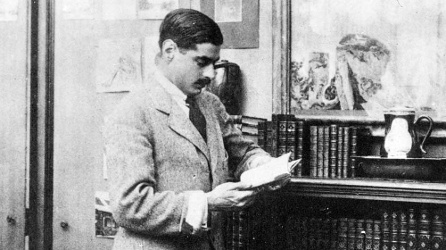 Boy Chanel joins the Les Exclusifs collection at Chanel this year, bringing the collection to 16.1 It's the second Exclusif from house perfumer Olivier Polge (the first being Misia), and was inspired by Arthur "Boy" Capel. Boy Capel, an English polo player and businessman, would likely be forgotten today but for his 9-year affair with Coco Chanel — he is often cited as the true love of her life.1 That, of course, lends him massive potential as "another link in the grand construct of the Chanel story".2 I don't know exactly how many products he has accrued at this point, but his namesake lipstick (in the Rouge Coco Shine line) came out in 2011, and his namesake handbag, Le Boy Chanel, debuted in 2012 (and was called an "instant classic"). Now, he has a fragrance.

It's a unisex, with the usual hedging about unisex. Chanel says it is "a vibrant, perfectly balanced scent that challenges tradition and transcends gender"; Polge says...

My way of working on this fragrance was really not to try to make a unisex fragrance but really more to dive into men’s fragrance…and to show how well it could be worn by a woman. So it was not to try to create an in-between fragrance, but a very masculine fragrance. And — like many other things in life — gender is given by the person wearing it.

So, make of that what you will. Polge also said that Boy had "a duality, with a fresh, aromatic masculine barbershop aspect and its more enveloping element", and that's just right, with the emphasis on the fresh part. Boy Chanel does have a masculine fougère accord, but it's a quiet one, and the notes overall (lavender, rose geranium, lemon, grapefruit, rose, orange blossom, sandalwood, heliotropin, vanilla and musk) are used with a very light hand — there is no need to worry too much because you don't like lavender, or you don't like orange blossom, etc and etc. The opening is a brief buzz of pale citrus, with the fougère accord done nearly in washed-out pastels — it's a very modern barbershop. Everything is soft: the lavender is declawed, there's no sulfur in the grapefruit. The florals are a whisper, the heliotrope adds a smidgen of creamy gold-tinged almost-powder, the woody vanilla wears like a sheer veil. It is hard to imagine weather too hot or humid to wear Boy Chanel.

The lasting power is decent given how quiet it is to begin with; they've upped the concentration to Eau de Parfum and it's just as well. If you're looking for a powerhouse, look elsewhere.

Verdict: Awfully nicely done, and yes, anybody could wear it. By comparison, Prada Man, which many women (including me) have adopted as their barbershop fougère, is a he-man in a wife beater. Boy would make a great no-brainer summer cologne if you needed such a thing; the slot it fills, to my mind, is the same as that filled by Terre d'Hermès Eau Très Fraîche — pleasant, low sillage, not girly, not manly either, and most important of all, not boring. And like the Hermès, it smells sophisticated despite there being seemingly not much to it, and it smells expensive — as always (well, usually) with Chanel, it does not smell like they skimped on the materials. And, it smells fresh without calling to mind cleaners or other functional products. I would absolutely wear it if I had it, and I'd bet I would reach for it reasonably often. I absolutely would not pay what they're asking for it, though, especially given that you can still get a 50 ml bottle of Allure Homme Édition Blanche for $85 (and if you haven't tried that one, you should). But I know many of you will shell out for Boy, and some of you already have. Wear it in good health!

I think we can all breathe a sigh of relief about Olivier Polge at this point? You may or may not like Boy, or Misia,4 but so far, Polge has done a more than adequate job of keeping the standards up at Chanel. Do comment if you disagree.

And the quick poll: name the 3 Chanel fragrances you think anybody new to the line should try. Let's leave out No. 5, shall we? Everybody already knows that one.

1. Boy has been widely reported as the 17th fragrance, but I only count 16 (that includes the four older fragrances that were folded into the range when it debuted). Then again, I never was good at maths. Somebody correct me if I'm wrong.

2. From the Chanel description of Boy: "Gabrielle Chanel considered Arthur ‘Boy’ Capel as more than her soul mate; he was her double and her alter ego."

3. Quote via Chanel is 2013 Luxury Marketer of the Year at Luxury Daily, and they were not talking about Boy Capel, but just about Chanel's "impeccable strategy, tactics, creative, execution and results" in their marketing efforts.

4. Or Chance Eau Vive, which I'm still pretending doesn't exist, along with the rest of the Chance line.