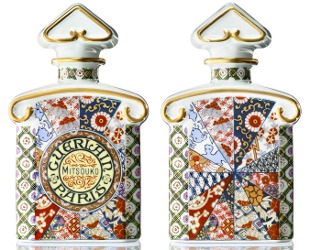 A better image of the Guerlain Mitsouko bottle from the Arita Porcelain Lab in Japan (we originally announced it here). Via Monsieur Guerlain at Facebook (if you're a Guerlainophile and you're not following him, you should be!); Monsieur says it will launch May 1 in Tokyo, but won't reach Paris until the Fall. Around €380, and comes empty along with a refill bottle of the Eau de Toilette.