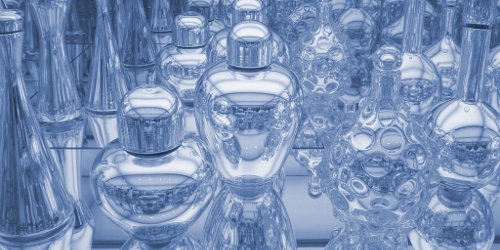 My choices for the best fragrances of 2014, or at least, the best of what I managed to smell — which, as usual, was a mere fraction of the industry's prolific output. It wasn't a spectacular year, perhaps, but it was a reasonably good year, and I had plenty of favorites to choose from.

Scroll down to see what Angela, Erin, Jessica and Kevin thought was noteworthy in 2014, or click over to Bois de Jasmin, Grain de Musc, Perfume Posse or The Non-Blonde for more opinions. And of course, do add your own thoughts in the comments!

And the best mainstream scents: Another odd-couple tie, this time between Narciso by Narciso Rodriguez and Hermès Cuir d'Ange.

The best from the mall chains AND the cheap thrill of the year: Crabtree & Evelyn Indian Sandalwood.

Best natural fragrance: My favorite was Providence Perfume Co Samarinda, but this was a particularly good year for naturals, and I have to mention Aftelier Palimpsest, Ayala Moriel Musk Malabi and Hiram Green Shangri La.

Did what they were supposed to do: By Kilian Sacred Wood and Imperial Tea, Burberry Brit Rhythm for Her, Robert Piguet Gardenia, Fendi Furiosa, Calvin Klein Reveal, Bottega Veneta Knot.

Stop, you're depressing me: Karl Lagerfeld for Her.

Best packaging: Cartier La Panthère (and if you missed the Extrait bottle, do take a look).

Perfume commercial of the year: I thought it was a generally lousy year for perfume commercials, but I really liked the unusual take on the masculine sport theme for Loewe's Sport collection.

Abs of the year: DSquared2 Wild.

Best perfume news of the year: Yes, Estée Lauder bought Le Labo and Frédéric Malle, but LVMH did not succeed in taking over Hermès.

Perfumer of the year: The extraordinarily gifted and versatile Francis Kurkdjian. He was once best known for the classics from Jean Paul Gaultier, but since 2009 he has also built up an impressive stable of perfumes under his own name, at Maison Francis Kurkdjian. Plus, he has recently resurrected the Carven perfume house, and made Elie Saab into a favorite brand of perfumistas. And that's only scratching the surface; do go look at his list of creations.

This year escaped without any “love and must own” fragrances for me. What follows are my high points for 2014, with the caveat that Ive only smelled a tiny fraction of what was released. Here’s to a blockbuster 2015!

Best fragrances found in high-end department stores: First, Hermès Cuir d’Ange for its delicate, tingly leather that demands the “ange” in its name. Also, Bottega Veneta Knot. Although it’s not for me, I admire its sophisticated yet fresh take on orange flower.

Best niche: I loved Vero Profumo Rozy. It smells honest and old-fashioned and full of emotion, like a silent movie transformed into scent.

Best natural: To me, Hiram Green Shangri La marries a classic chypre with the tight, rounded edges of natural materials in a way that suits a modern day vintage lover like me perfectly for days when I don’t want to go full vamp — which is practically always.

Best discovery of something old that’s new to me: Rochas Audace redefines elegance for me. Audace takes the chypre, then freshens and grounds it with a whisper of fir. Wearing it, I feel like I’ve grown up.

I’m sure I’ve missed some good ones, and I look forward to reading the comments!

Isn't it worrisome that many of us feel obliged to start our annual list of highlights with an apology for the +6000 new releases we haven't sampled yet? I feel most guilty about missing the recent Amouages, Imaginary Authors, Lush's Gorilla perfumes, S-Perfumes and The Vagabond Prince duo. No doubt I'm more nervous this time around, after I delayed sampling the limited edition Tauer Perfumes Phi Une Rose de Kandahar until last January, thus missing a bottle from the first batch. I snapped up some Phi 2.0 in November and it's top of my 2014 list. Everybody's other favorite Swiss niche nose, Vero Kern, composed a close runner-up, Rozy Voile d'Extrait, also a dark and strikingly handsome rose. News was good at the department stores, as well, with two outstanding mainstream launches, Narciso by Narciso Rodriguez and Bottega Veneta Knot. And autumn brought the brief but welcome re-release of the best Thierry Mugler A*Men Pure flankers (Coffee, Malt and Havane), along with the introduction of Pure Wood.

There was plenty for the ever-expanding "Nothing Earth-Shaking, but Perfectly Pleasing" bracket, too: Aedes de Venustas Copal Azur, Kerosene Black Vines, Diptyque Geranium Odorata and two by Charna Ethier of Providence Perfume Co, Samarinda and Bay Rum. Providence was my 2014 find: an all-natural indie brand I'd missed earlier, with cheerful gems like Tabac Citron, Eva Luna and Branch & Vine. Along with Ethier, I have to give an appreciative nod this year to Aurélien Guichard, who created not just Narciso, but two of my happiest recent re-discoveries, Bond No. 9 Chinatown and Azzaro Couture (2008 version), both of which finally joined my collection. As always, there were also a fair number of bloopers, some from my favorite lines... but I find I'm less resentful of those as I age. And the great generosity and comradery of perfumanity buoyed my spirits, even when the sampling was less than stellar. May all of you have a wonderful transition to the new calendar year!"

In some past years, I’ve ended up with a handful of niche fragrances on my list, but no mainstream releases, or vice versa; this year, my favorites fall pretty evenly into different categories.

Niche fragrance: Aedes de Venustas Oeillet Bengale is a spicy-incensey floral of the same high quality and cultivated taste as its namesake boutique.

Niche brand: Au Pays de la Fleur d’Oranger added some new fragrances to its line, and I like nearly all of them. They’re true to their influences, wearable, grown-up, and not insanely high-priced.

Mainstream fragrance: Calvin Klein Reveal’s marketing and packaging didn’t interest me at all, but this solar oriental-gourmand is one of my new favorite comfort scents.

Collaboration between a niche perfumery and a mainstream brand: The two fragrances launched by Arquiste and J. Crew proved that something sophisticated and long-lasting can indeed be made and sold for under $100.

Limited edition fragrance: Guerlain Terracotta Le Parfum sold out fast, but I hope it will be re-released someday so that others can enjoy it as much as I did.

Bath and body line: L’Occitane au Brésil’s colorful packaging makes me smile, and to do the line’s bright, easy scents.

Fragrances that I still need to try: Sarah McCartney’s 4160 Tuesdays is at the top of my list for 2015. 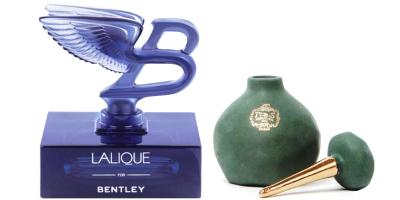 Jaded. Mind on other things. Bored. All those words describe my 2014 perfume attitude. Fragrance thrills are few and far between for me, and even my favorite launches in 2014 weren't groundbreaking (is that even possible now?) But…I still get the occasional twinge to buy (especially vintage perfumes) and try (a list of intriguing notes is all it takes to ignite desire).

Of course there were lots of new perfumes I never got around to smelling in 2014...as is always true.

Raunchiest Pairing of the Year (good Halloween scents too...find a friend and dress up): Jardins d'Écrivains Junky and Penhaligon’s + Meadham Kirchhoff Tralala — if two people came to my house smelling like these perfumes I’d send them to the bathroom, with some products from the Hermès le Bain line (it seems my nose is veering more towards bath/body products and candles these days than perfumes) .

When all else fails, an ugly bottle can bring a smile to my face. Two of the worst bottle designs of the year? Joya Foxglove (does its crudely made cap keep the perfume fresh? prevent it from evaporating?) and the commercial-looking (the white lettering) Lalique for Bentley Blue Crystal Edition! I can forgive inexpensive perfumes for their awful bottles, but not pricey lines.