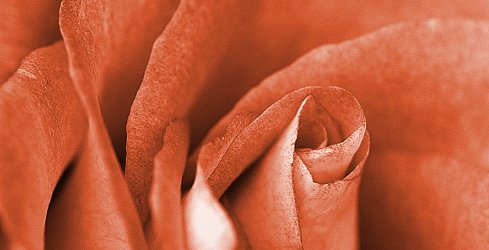 Phi — Une Rose de Kandahar is the latest from indie niche line Tauer Perfumes, and when my sample arrived last year, I sprayed it once, then put it right into the purgatory basket, where samples go to languish when I can't decide if I like them or not. And Phi did not capture my affections right away. It's the second fragrance to join Tauer's Collectibles series (the first was Zeta), which is based on rare natural materials. Since the scents are dependent on specific harvests, they may change slightly from batch to batch as new materials are sourced. As you might have deduced from the name, Phi was inspired by a natural extract of a rose from Afghanistan.

Anyway, I did not love Phi — I wasn't even sure if I liked Phi — so I let it sit for a few weeks, and then a few more, and then I came across it at random and gave it another shot. Maybe it's the colder weather, or maybe it's that I wasn't in the right mood the first time around, but now it seems perfect.

The first thing you need to know about Phi (assuming you haven't already smelled it, and many of you probably have) is that it's not a big floral rose, nor is it a feminine one. Rose-haters, or those who fear that rose smells too old-fashioned, should consider giving Phi a chance, especially if they're fond of the oriental or chypre fragrance families. The rose is there from the beginning to the end, but it's rendered warm and dusky, similar to the treatment in Ormonde Jayne's Ta’if, although they don't smell much alike and the Phi is even warmer and duskier. I doubt it's a perfect fragrance for a hot humid day, but like Ta'if, it never feels heavy on skin. And while it has a number of gourmand elements, it doesn't more than vaguely recall food, and it isn't particularly sweet.

Phi starts off a tad rough — it smells like all the individual elements are competing for attention at once (the notes: apricot, cinnamon, bitter almond, bergamot, rose, Bourbon geranium, tobacco, patchouli, vetiver, vanilla, musk, amber and tonka bean). Then there is a well-spiced rose, rather sheer at first, deeper as it settles, and given an almost-foody aspect by the apricot and bitter almond. It stays at the "almost" stage primarily because it's more dry than sweet and the early stages have a dusty finish. Despite the suggestion of apricot jam, you won't feel like you're wearing dessert.

As it dries down, Phi gets darker, and the rose recedes a step farther into the background as the patchouli, vetiver and tobacco come to the fore. While the tobacco is perhaps most noticeable on my skin, in the later stages, Phi is smooth and quiet, and while it's hardly the shower-fresh sort of clean that mainstream consumers have come to expect, it's not particularly skanky either. I hardly notice the vanilla until rather late in the game, and even then, it's subtle. If you find the far dry down too masculine, you might try layering it with a drop of something more vanillic; I meant to do that but as usual ran out of time.

Verdict: A lovely fragrance, and I'm glad I gave it a second shot. It will go on my buy list, but as longtime readers know, my buy list is mostly theoretical at this point since I don't buy much perfume and I don't need any (Ta'if has been on my list since 2005, and hasn't cost me a penny yet). You never know though, I might eventually spring for a travel trio so I can get Tauer's Incense extrême and Incense rosé too. A bonus: Phi's lasting power is excellent.

You can find more reviews of Phi at The Non-Blonde, The Candy Perfume Boy, Kafkaesque, Persolaise, The Scented Hound

The quick poll: name rose fragrances that are dusky and warm, or that rose-haters might love, or that are unisex/masculine. 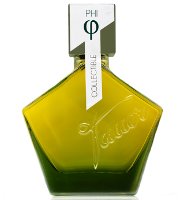 Tauer Perfumes Phi — Une Rose de Kandahar is available in 15 ml (sold in sets of three; mix 'n match, the price will depend on what you choose) and 50 ml ($142) Eau de Parfum. For buying information, see the listing for Tauer Perfumes under Perfume Houses.