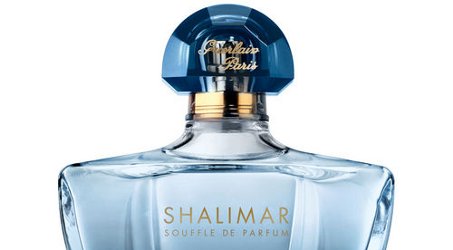 At what point does a flanker stray so far from its parent that it ceases to earn the family name? Guerlain Shalimar Souffle de Parfum edges awfully close to that line. Yes, it still broadcasts its familiar vanilla, amber, and lemon, but Shalimar Souffle flouts its mother's mystery and marches straight into "Hi folks, see you down at the mall — the fancy one with the Neiman Marcus" territory.

I don't want you to think I'm such a traditionalist that I oppose any Shalimar flanker. I loved both Eau de Shalimars,1 and I have a decant of Shalimar Ode à la Vanille I pull out from time to time when I'm feeling indulgent. On the other hand, Shalimar Parfum Initial didn't move me (nor did Guerlain mean it to since at my womanly age I'm out of its target market). And, I admit that I live in fear of a Shalimar Noir.

But, oh how I do love the original Shalimar. Like many other people, at some point I tired of it. It was so — well, so Shalimar. As I sniffed my way through more perfume, I rediscovered the fragrance and fell even more deeply in love. In Shalimar I could imagine entering a world of novels of intrigue featuring heroines like Mata Hari sitting in smoky, dimly lit rooms and wearing jewel-toned wraps shot through with gold threads.

But that's not Shalimar Souffle. Shalimar Souffle seems to want to sell itself as more fresh and young than its mother, but unlike Eau de Shalimar, it focuses on ozone and florals, not citrus. Shalimar Souffle's first burst is full of sea-fresh ozone, but don't fear an Issey Miyake Eau d'Issey clone. The ozone-cucumber fades fast as the fragrance's citrus-vanilla-amber heart kicks in to rumble through the rest of the fragrance.

A robust measure of jasmine and other green-tinged white flowers wet and cool Shalimar Souffle a little, but they are almost consumed by the perfume's warm, nearly caramelized base. Despite the press release's threat of an avalanche of white musk, Shalimar Souffle is not laundry fresh in any Tide-reminiscent way, although even the beefiest of white musks would quail in the ring with Shalimar Souffle's muscular citrus-vanilla.

Unlike with Shalimar, you won't find any civet here to dirty things up. Also, I didn't notice it particularly, but Denyse Beaulieu of Grain de Musc who spent a Shalimar Souffle day with me repeatedly said she smelled patchouli.

When it comes down to it, instead of Shalimar "Souffle," Guerlain might have considered Shalimar "Tornade" as a name. Shalimar Souffle has commanding sillage and NASA-worthy longevity. If you love Shalimar Souffle and apply a few sprays at breakfast, you won't have to worry about bringing along a decant for a mid-day freshening. The fragrance fades after a full eight hours to a pure vanilla on skin.

In short: Shalimar Souffle de Parfum is a take on Shalimar that seems calculated to attract a broader audience than Shalimar proper by washing the top with ozone and injecting some of the freshness of traditional floral perfumes. To me, that's a mistake, like dressing a femme fatale in Laura Ashley. Shalimar isn't about "fresh," and that's why I like it. 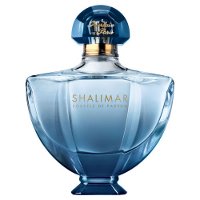 1. Ed. note: Angie is referring to Eau de Shalimar, and an earlier "light" version of Shalimar, Shalimar Eau Légère / Shalimar Light (one fragrance, which was reformulated during its brief lifespan).