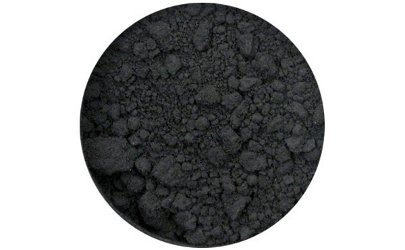 Inspired by the smell of ink, Lampblack debuted at Gallery Paule Anglim, alongside a series of ink paintings. Lampblack is named for the pigment in India ink, formerly made from the soot of oil-burning lamps. My goal with this scent was to enhance the ink-like notes of nagarmotha in a way that would create a transparent, colorful darkness. — Bruno Fazzolari1

And yes, he succeeded. Bruno Fazzolari's Lampblack is one of my favorite indie fragrances of the past couple years (it launched in 2013). It is possible, if you try, to smell all of its listed components — sweet orange, black pepper, bitter grapefruit, nagarmotha (cypriol), benzoin and vetiver — but it is likewise possible to close your eyes and smell ink and soot. If that sounds too weird to wear, it's really not, in fact, it's arguably easier on the nose than fragrances with similar inspirations, such as Comme des Garçons 2 and Andrea Maack Coal.

Lampblack starts with tingly, almost metallic citrus, and quickly turns smoky and grey and slightly bitter; it is this early stage that most recalls Comme des Garçons 2, or just the Comme des Garçons aesthetic in general: it's off-kilter, but subtly so. As it progresses it is possible to make out the vetiver and cypriol as separate agents in the swirling grey blend, and every so often, a petal or two softening the pepper. The citrus, which smells entirely synthetic in the opening, reappears later on in the form of  natural smelling (but suspiciously long lasting) peel, rather like a cross between lime and grapefruit. But what holds it all together, and lends Lampblack's dry down both wearability and the sedative properties of your favorite cozy sweater, is a mildly powdery finish, judiciously sweetened with benzoin and fruity undertones.

The lasting power is good; Lampblack probably leans masculine but a woman could easily wear it. I have a feeling it would also be a wonderful layering agent, although it's plenty interesting enough worn on its own.

Verdict: An excellent comfort scent for the oddity-loving perfumista,2 and reasonably priced to boot (yes, I know, but in the relative sense — it's cheaper than many indie brands). Plus, it's sold in a do-able size AND the brand, for the moment at least, ships in the US for free. All in all, not a bad deal. 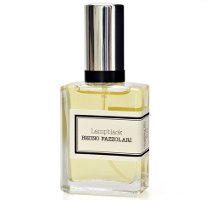 1. Via the Bruno Fazzolari website. You can see images of the Lampblack drawings here.

2. Reader Nebbe noted on today's scent of the day poll that her Bvlgari Black had "just the right amount of weird", and I thought right away of Lampblack.