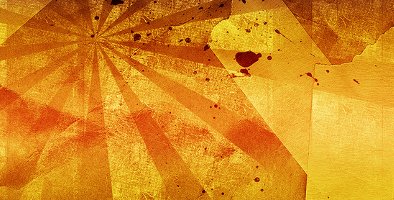 In theory, of course, it's not a bad idea: take a beloved fragrance, and explore some facet of its composition in more depth. And sometimes that works. There are flankers that I like better than the pillar fragrance (L'Eau de Chloé, The Body Shop White Musk Libertine, Chanel Allure Homme Édition Blanche). Flankers can bring about a new appreciation for the pillar scent (Thierry Mugler's Angel Liqueur de Parfum and A*Men Pure Coffee spring to mind) or carry a classic perfume into the modern age (Chanel No. 5 Eau Première). Some become icons in their own right (Chanel Coco Mademoiselle). And sometimes, a flanker is something new and wonderful that doesn't seem to reference the pillar more than tangentially (Dior's Hypnotic Poison, Givenchy Organza Indecence).

Hermès has done an admirable job so far with the flankers to 2004's Eau des Merveilles, and by the way, thank you, Hermès, for not doing one every year. Elixir des Merveilles (2006) and Eau Claire des Merveilles (2010) took lively new approaches to Merveille's "salty-sweet" meditation on ambergris, adding gourmand and cosmetic powder accents, respectively. The latest in the series is L'Ambre des Merveilles, which like the prior two flankers was developed by Hermès house perfumer Jean-Claude Ellena (the original Merveilles was done by perfumers Ralf Schwieger and Nathalie Feisthauer).

L'Ambre des Merveilles retains Eau des Merveilles' salty-citrus-sparkle opening, but the top notes are a bit fruitier, sweeter and more vanillic. The dry down has a very slight gourmand touch (I would swear there's a smidgen of the "austere vanilla biscuit" from Elixir des Merveilles) but isn't as sweet as the opening. It is perhaps closer in spirit to Eau des Merveilles than the two prior flankers; it feels like a different way of looking at the same theme rather than an attempt to find a new angle. If you asked someone to take the original Eau des Merveilles' abstract idea of ambergris, and move it one small step closer to what modern consumers think of as "amber", you'd get something very like L'Ambre des Merveilles.1 So L'Ambre maintains the original's transparency and aura of understated elegance, but it has a tad more presence — it's somewhat warmer, heavier and woodier, and there is just the faintest trace of something like tobacco leaf in the far dry down.2

The verdict: a worthy addition to the series. When I reviewed Eau Claire des Merveilles, I said I liked it second best, after Eau des Merveilles. That's still true, but turns out that I actually wear Eau Claire more than the original. I haven't yet figured out exactly where to place L'Ambre in that ranking; time will tell.3 I'd know I'd like to have a bottle, but not a 50 ml bottle. As usual, I wish they would do smaller sizes. 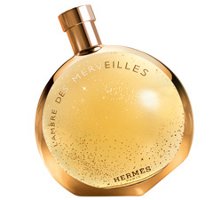 Hermès L'Ambre des Merveilles will launch in September, and will be available in 50 and 100 ml Eau de Parfum.

1. See the definitions of amber and ambergris in the Glossary if you're not clear about the difference; there is also a discussion of "amber" (scroll down to the 11th paragraph) in Perfumista tip: on lists of fragrance notes, why they matter & why they don’t.

2. If you want something much heavier and warmer, you probably want Parfum des Merveilles (2005).

Note: top image is Scrapbook Sunburst Background in Safety Orange from BackgroundsEtc [cropped] by webtreats at flickr; some rights reserved.