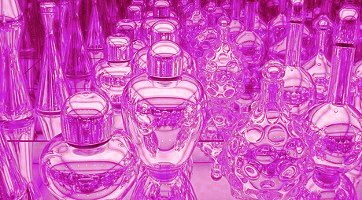 I thought 2011 was a really great year for mainstream perfume, maybe not so hot on the niche side. Way too much new product has become the norm and hardly seems worth mentioning, but in 2011, just keeping track of all the new niche brands (is there a private citizen left in all of Italy without their own niche line?) was a struggle. As I said last year, I have given up on smelling everything that matters. I smell what I can and try not to worry about the rest. So once again, to all of my picks below, add “of what I managed to smell”.

My choices for the year are just below. Scroll down to see what Angela, Erin, Jessica and Kevin thought was noteworthy in 2011, or click over to Bois de Jasmin, Grain de Musc, Perfume Posse or Perfume Smellin’ Things. And of course, do add your own thoughts in the comments.

My favorite niche fragrance of 2011: Parfum d'Empire Azemour Les Orangers. Last year, there was an embarrassment of riches in this category and it was hard to narrow down to a favorite or two. This year, if I had not smelled Azemour in December, I really don't know what I would have picked.

The best mainstream fragrances: On the other hand, it was a very good year for the mainstream prestige category. My favorites turn out to be two from the "upscale sweets" category, Prada Candy and Thierry Mugler Angel Goût du Parfum. Honorable mentions: Bottega Veneta and Cartier Baiser Volé.

Not quite as good as they should have been: Jo Malone Tea Fragrance Blends, Estee Lauder Bronze Goddess Soleil

Best celebrity fragrance: Of what little I smelled in this category, I'm going with Jennifer Aniston, which was, mind you, no more than adequate. I have a feeling Rihanna would have given her a run for her money if I'd managed to get samples.

Best commercials: Once again, I thought the big-name-big-money efforts — this year, that would include Keira Knightley for Chanel Coco Mademoiselle, Natalie Portman for Miss Dior Chérie and Emily Blunt for Yves Saint Laurent Opium — were duller than they should have been. My favorites this year were a trio of commercials that focused on brand (and humor) rather than star power: Prada Candy, Valentino Valentina and Jean Paul Gaultier Kokorico.

Perfumer of the year: Andy Tauer. I do not like everything he makes, but Tauer Perfumes is exactly what an indie niche brand ought to be, in every possible way.

Favorite department store releases: Bottega Veneta is almost chokingly lush with suede, jasmine, apricot, and patchouli. I wear it at least once a week. Oscar de la Renta Esprit d’Oscar isn’t quite me, but I find myself sneaking night-time spritzes from time to time. Maybe I need a bottle after all.

Favorite drugstore releases: Love’s Baby Soft Jasmin. A Harlequin romance of a fragrance. Dana English Leather isn’t a recent release, but I appreciated it anew this year for its pure, fresh lime and wood.

Old loves rediscovered: Gosh, I love Rochas Femme. Sure, I can only dip my toes into her cumin-enriched peach-oakmoss goodness, but oh how those toes tingle. Nina Ricci Fille d’Eve is an equally difficult but rewarding love full of sweet baby scalp and moss.

Bonus loves of 2011: This year I discovered Jonathan Latimer, a crime novelist in the 1930s and 1940s. Lady in the Morgue and Dead Don’t Care are tremendous. Check out Mabel Seeley, too, a 1930s-40s gothic suspense writer who set many of her novels in rural Minnesota. Other newly discovered loves: old muslin sheets, Monica Castiglioni rings, vintage Georg Jensen necklaces, and Self Service magazine for iPad (free!).

After the surprises of 2010, this year played out the way I (cynically) expected: a few interesting launches from consistent lines, a large number of indistinguishable mainstream releases that smelled like shampoo and some terrible reformulations. Overall, I thought it was a disappointing year — but the older fragrances I finally caught up with and my many incredible friends in the perfume community easily made up the interest shortfall.

My 2011 favorites were: Serge Lutens Jeux de Peau and De Profundis, By Kilian Sweet Redemption, Parfums de Nicolaï L'Eau Chic and Parfum d'Empire Azemour Les Orangers. There were a few everybody else enjoyed and which I didn't like at all, including Prada Candy, Bottega Veneta and Cartier L'Heure IV Fougueuse. My favorite purchases and most worn fragrances of the year were Ormonde Jayne Frangipani and Dior Dune.

Looking back on my reviews from the past year, I see that I was more often disappointed than delighted by the new launches I tried. However, there were a few pleasurable exceptions. In the niche fragrance category, Annick Goutal’s Mon Parfum Chéri, par Camille swept me away with its velvet-and-spice opulence. My favorite “indie” release was Sonoma Scent Studio’s cozy-yet-complex To Dream, and of all the natural fragrances I tried, Roxana Illuminated Perfume’s To Bee made me smile with its sunny sweetness.

I was happy to see that Lush continued to bring back former B Never fragrances (like Cocktail) under its newer Gorilla Perfumes brand, and I was sad to realize that Crazylibellule and the Poppies had closed its doors. My favorite scented body products ran the gamut from Duchess Marden’s high-end Damascena Body Serum to Salma Hayek’s drugstore Nuance line. I closed the year on an extravagant note, however, when I purchased a deluxe Tocca candle in a transporting tobacco-vanilla scent called Marrakesh. Wherever you spend this holiday season, may you be safe, serene, and well-scented. 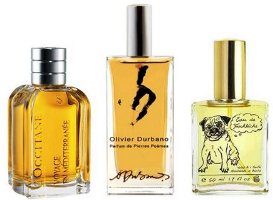 This all-around difficult year has taught me to be thankful for what I have; and, as far as fragrance is concerned, there are plenty pre-2011 perfumes in existence to satisfy me for life.

*the ones I’ve had the chance to try, anyway….