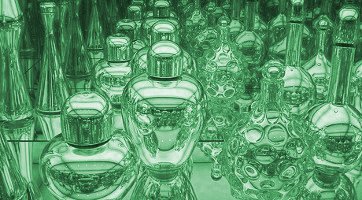 Some years seem better for niche, others for mainstream. Writing this post and looking over the 2012 releases confirmed my suspicion that this was not a stellar year (in my humble opinion, obviously) on either side, despite the usual avalanche of product. Or maybe it is just getting harder and harder to pick out the gems? Another possibility is that I didn't chose the right things to smell — as always, I didn't manage to test everything.

My choices for the year are just below. Scroll down to see what Angela, Erin, Jessica and Kevin thought was noteworthy in 2012, or click over to Bois de Jasmin, Grain de Musc, Perfume Posse or Perfume Smellin’ Things. And of course, do add your own thoughts in the comments.

Did what they were supposed to do: Chloé L’Eau de Chloé, Stella McCartney L.I.L.Y. and Lolita Lempicka L’Eau en Blanc.

I've already forgotten what they smell like: Bvlgari Omnia Coral and Roberto Cavalli for Her. And obviously many more that I can't remember.

Much ado about nothing: Lady Gaga Fame.

Best celebrity fragrance: Madonna Truth or Dare, although it was hardly innovative, and it did not exactly take the market by storm. Runner-up — Nicole by Nicole Richie.

The year in perfume commercials: Every year I say this, but I'll say it again because it's true again. The big-name-big-money efforts — Liv Tyler singing for Givenchy Very Irrésistible Electric Rose, Julia Roberts for Lancôme La Vie Est Belle, Blake Lively for Gucci Première, Gwyneth Paltrow for Boss Nuit Pour Femme, and above all else, Brad Pitt for Chanel No. 5 — all seemed duller than they should have. My favorite commercial this year was the fabulously tacky and over-the-top (and a perfect fit for the brand) ad for Versace Eros. Runner up: the not-Brad-Pitt Chanel No. 5. Best abs: The One Sport.

Best perfume news of the year: Eau de Parfum versions of Diptyque's big sellers (although I wholeheartedly agree with Kevin's take on the packaging; see below).

Cheap thrill of the year: Aftelier Ancient Resins body oil. My kind of celebrity fragrance — you pay $40, you get to wear what Leonard Cohen is wearing.

Perfumers of the year: Mark and Simon Constantine of Lush, who go on turning out unusual, well-crafted and reasonably priced perfumes whilst seemingly paying no mind to the conventions that rule the rest of the fragrance industry. If you think large corporations can't do interesting fragrance, take another look at Lush.

Scrolling through Now Smell This's list of new perfumes, I'm overwhelmed. Where have I been all year? I've probably smelled 5% of the year's new releases — if that. With that disclaimer, here's what I smelled in 2012 that went on my "I'd love a bottle of this" list:

L'Artisan Parfumeur Séville à l'aube. Smelling this fresh-dirty, warm orange blossom fragrance evokes the three weeks I spent last spring in Languedoc, when I wore the sample Denyse Beaulieu brought me until it ran out. When I returned home, I bought a decant, then a bottle. Smelling it brings back tempestuous spring weather, long walks in the woods, afternoon naps, and the scatter of clay roofs and trees down the hills from Cabris to the Mediterranean.

Parfums MDCI Chypre Palatin. I'm not sure I need to wear this one, but I do need to be able to smell it from time to time.

Other loves of the year: Dawn Spencer Hurwitz Pandora (this one really grew on me), Aftelier Pear, Fir, Coffee body oil, and Vero Profumo Mito.

For the third consecutive year the mainstream launches disappointed me, with Donna Karan Woman and Chanel Coco Noir the two bloopers I resented the most, but I thought niche fragrance had a great 2012. Not since the bumper crop of 2007 have I so often raided my wallet for new scents: bottles of Aedes de Venustas Signature Eau de Parfum, Parfums de Nicolaï L'Eau à la Folie and Vero Profumo Mito are already mine. There was plenty in the "Nothing New, But Perfectly Pretty" category, too: I enjoyed Houbigant Orangers en Fleurs, Serge Lutens Santal Majuscule and Parfumerie Generale No. 22 Djhenné particularly. L'Artisan Séville à l'Aube didn't suit me, but I applaud it as a unique addition to the brand and like to picture muse Denyse Beaulieu (and other admiring bloggers, including Robin) wearing it. I only caught up with a few stellar Winter 2011 releases this year, including the dangerously rich Arquiste Anima Dulcis and a really extraordinary debut trio from Neela Vermeire Créations.

On the indie front, I was sad to miss Andy Tauer's limited edition Dark Passage for Tableau de Parfums, but glad to find John Pegg's Kerosene line, disarmingly direct fragrances in awesome bottles: Fields of Rubus and Copper Skies are my favorites. If there is an award for Lifetime Achievement in "One Man Brands" (including, of course, female perfumers), my vote would go to Christopher Brosius, whose open creativity and sense of humor have made CB I Hate Perfume one of the most fascinating ranges in scent, from 2012's 7 Billion Hearts, a smoky vanilla solinote, to evocative gems like Greenbriar 1968 and In the Summer Kitchen. Of course, perfume continues to attract the most interesting and warmly inviting people around; thanks to all of you for this wonderful community and a happy 2013!

In my personal life, 2012 started badly and ended very well; however, I felt like it was a good year for fragrance all the way through.

As usual, most of my favorite new releases came from niche perfumeries. I enjoyed Diptyque’s Eau Rose so much that I added a small bottle to my collection, and I’m still savoring my samples of L’Artisan Parfumeur’s Séville à l’Aube (a limited edition, alas!) and Etat Libre d’Orange’s Bijou Romantique and Fils de Dieu.

I also found two new niche perfume lines to love: Olfactive Studio (Lumière Blanche is my favorite) and Jul et Mad (especially Stilettos on Lex).  I even added a new niche-fragrance shopping destination to my list: Osswald Parfumerie is now one of my favorite NYC boutiques. I honestly can’t remember any mainstream fragrances that impressed me this year, other than Madonna’s Truth or Dare, which deserved to be a big hit (although it apparently wasn’t).

I also did some very satisfying perfume-related reading in 2012, from Alyssa Harad’s Coming to My Senses to Denyse Beaulieu’s The Perfume Lover, with M. J. Rose’s The Book of Lost Fragrances in between as a lighter pleasure.

Wishing you all much happiness and many pleasurable fragrance discoveries in 2013! 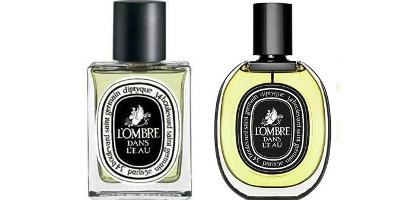 Best Mainstream: (A short list indeed.) On the mainstream front, I enjoyed Viktor & Rolf Spicebomb (I liked it much better than the similar, but more subdued — and expensive — Diptyque Volutes). The only other mainstream release I liked as much was Cartier Déclaration d’un Soir.

Best Ad: Cartier L’Odyssée. OK, it was not a perfume ad, but a gorgeous ad celebrating a great design house and its connections to Russia, China, India and its home turf, Paris.

Best New Scented Home Product: Anya’s Garden Room Candy; small wax “candies” made from organic beeswax and natural aromatics. Melt the candies over a tea light to release their strong, but not overpowering, scents. I tried Outlaw (oakmoss, bergamot, lime) and Lemon-Vetiver (lemon myrtle, vetiver). Burning these scented candies does not present the same “commitment” posed by a 60-hour candle; a tin of candies is $30.