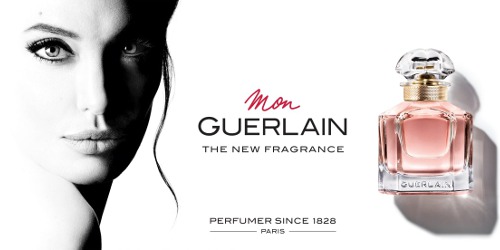 Perfumistas as a group tend towards Guerlain-worship, and why shouldn't they? Jicky, Shalimar, Après L’Ondée, L’Heure Bleue, Mitsouko, Chamade, Vetiver: these are excellent good reasons. But the respect accorded the Guerlain brand by perfumistas today, in 2017, continues to puzzle me. It isn't like Guerlain hasn't made anything worth smelling since their glory days, but my guess is that if you took all the brand's output in the modern era (let's say, 1990 and beyond) and you released it under some other, less illustrious brand name, that brand would get considerably less attention from avid fragrance fans. Even if you love the recent Guerlain fragrances — and don't get me wrong, I have liked quite a few — you'd have a hard time arguing that they've made anything that might be called "category-defining" since 1990, and many would argue you could easily push that date back even farther into the past.1

The brand's biggest selling fragrance, unless the recently released Mon Guerlain has already surpassed it, is reportedly La Petite Robe Noire. La Petite Robe Noire is fun in its own way, but it's hardly genius, much less category-defining. Still, it's sold quite well, and Guerlain would like to build on that success, and expand their international name recognition while they're at it — their name recognition with the general perfume-buying public outside of France, at the moment, not being quite what it is with perfumistas.2 Their strategy: Mon Guerlain, in support of which the brand is making its biggest launch investment to date.3 Most of that investment, presumably, went to Angelina Jolie for fronting the campaign, and judging by the fevered buzz that met the news of her involvement, it has paid off nicely. Terrence Malick, who directed the commercial, surely got a nice fat fee as well.

The conceit behind Mon Guerlain is that perfumers Thierry Wasser and Delphine Jelk "gleaned inspiration from Angelina Jolie, the scent’s muse and its face"; if it's true, then perhaps their 2015 launch Mon Exclusif (the limited edition with the stickers) was also inspired by Ms. Jolie, as by all accounts Mon Exclusif and Mon Guerlain are noticeably similar.4

Mon Guerlain, at any rate, is a "fresh oriental" with a gourmand bent, featuring notes of bergamot, paradisone (a "radiant floral" molecule from Firmenich), carla lavender, jasmine, rose, vanilla, sandalwood, coumarin and iris. The opening is bright lemon candy, with a touch of berry and a diffuse hum of pale, clean and entirely declawed lavender — think of the soft lavender-lite in fragrances like Burberry Brit Rhythm for Her or Bvlgari Eau Parfumée au Thé Bleu. Almost from the outset, it's cushioned on a bed of cosmetic-powder iris, with a liberal helping of vanilla sugar. The cloud of vanilla-sugar-powder slowly takes over the proceedings, and while there are other players, including a blended floral heart and a slightly bitter almond-ish undertone in the woody dry down, they remain firmly in the background. The whole is less weighty than you might expect — not sheer, exactly, but not deep and rich either.

White musk, which along with vanilla + tonka bean and a thin sandalwood makes up what I think of as the Thierry Wasser / Sylvaine Delacourte5 version of Guerlinade, is strong after about an hour or so. It works here to keep the more gourmand elements in check, so that while Mon Guerlain is indisputably sweet, the finish is too clean to remind anyone of dessert, unless you happen to like your dessert plated with a drizzle of Tide.

The lasting power is good but the white musk does tend to induce olfactory fatigue; you might think it's gone long before it really is. (More than once when I thought it had quieted to a whisper, my family kindly informed me otherwise.)

Verdict: Mon Guerlain might best be seen as yet another fifth-generation spawn of Thierry Mugler Angel via Lancôme's surprise blockbuster hit La Vie Est Belle, with the obligatory nod to Viktor & Rolf Flowerbomb along the way. Mon Guerlain takes La Vie's "Angel with Botox and a blow-out" and sends it back to the day spa for a chemical peel and dermal fillers; the result is a highly wearable, office to evening crowd-pleaser, less likely than its forebears to ruffle any feathers. If it's rather late to jump on this particular bandwagon, well, so in its time was La Petite Robe Noire.

Of the many other perfumes of Mon Guerlain's class (in addition to La Vie, I'd include Nina Ricci L’Extase, Armani Sì, Valentino Donna, Ferragamo Emozione, etc. and etc.), it stands out mostly for the relative absence of jammy fruit / patchouli and for the relatively heavy dose of white musk. Whether you will find that an improvement on the theme, of course, depends on your taste. I found it easily the dullest of the group, but then, I hate white musk. If you don't mind white musk, do give Mon Guerlain a shot.

I see no reason why Mon Guerlain should not sell, and if that helps fund the continued production of less popular fragrances like Jicky and Après L’Ondée, then I hope it sells like gangbusters. The glowing reviews on sites like Sephora would seem to indicate that it's off to a good start.

Place your bets now for the name of the first flanker!

Guerlain Mon Guerlain is available in 30 ($66), 50 ($94) or 100 ($124) ml Eau de Parfum in the (engravable) quadrilobe bottle shown at top. It is also available in some markets in 15 ml, in the bottle shown just above, and directly from Guerlain in 250 and 500 ml bee bottles. A 1000 ml limited edition quadrilobe bottle can be purchased at Harrods Salon de Parfums for £2,600, and I think there is a 1000 ml bee bottle available as well. Matching body products include Shower Gel and Perfumed Body Lotion.

1. You could make a similar argument for some other venerable perfume houses, including Chanel, but Chanel has been far more cautious with their reputation than Guerlain. They release new fragrances relatively rarely, so that even less-than-stellar efforts like Chance do not seem like part of an endless stream of meh, and their Les Exclusifs collection has been better executed, edited and presented than similar luxury collections at Guerlain.

2. Guerlain President and CEO Laurent Boillot: “We are going to speak to so many consumers in the world who don’t even know who we are.” Via Guerlain goes global with new feminine fragrance Mon Guerlain at The Moodie Davitt Report.

4. I did not smell Mon Exclusif so I can't comment on just how similar it is to Mon Guerlain. I will defer here to Monsieur Guerlain at Facebook:

Mon Guerlain is a “commercial” version of Mon Exclusif from 2015. [...] Mon Guerlain is lighter, softer, and fluffier, with the laundry detergent note of white musk even more pronounced.

...with a slightly less sweet and buttery caramel note. Unfortunately, it also means that the lavender-almond accord is not half as delectable as in the original version, and the nondescript base mix of icing sugar and woody notes arrives earlier.

You can also find a detailed review of Mon Exclusif at Kafkaesque.

5. Sylvaine Delacourte was until recently the Director of Fragrance Evaluation and Development at Guerlain. She left to launch a white musk collection under her own name.