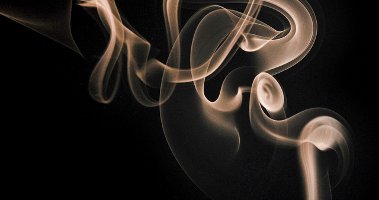 Volutes, it’s a shape and a scent, intimately linked: the volute1 and tobacco. It’s also the scent of the labyrinth of waxed corridors and panelled lounges, the mysterious, and elegant ladies leaning on the ship’s rail smoking their Khedive cigarettes.

I have an abiding fondness for the French niche line Diptyque. They made three of my early perfumista favorites, all of which are still regulars in my rotation: Philosykos, Tam Dao and L'Ombre dans L'Eau. Olène and Oyedo are old friends that I still visit when I'm in the right mood, and if I had not long since drained my decants of Virgilio and L'Eau Trois, they'd get an occasional nod too.

All of those fragrances, of course, are pre-2005. The newer Diptyque fragrances have not moved me to open my wallet;2 as I said when I reviewed Eau Duelle,

Since Tam Dao, Diptyque has become a kind of go-to house for muted fragrances on familiar themes. They’re well done, in fact some of them are fantastically well done, but they aren’t often surprising, and with the current glut of niche fragrances — it’s hard to think of a single theme, vanilla included, that hasn’t been explored to the heavens and back again in the last year or two — a little surprise is a welcome thing.

Eau Mage had a bit more heft and personality than some of the brand's recent offerings, but never made it to my buy list, and nor did 34 Boulevard Saint Germain or Eau Rose.

Which brings us to Volutes, the brand's latest. It was inspired by a childhood memory of Yves Coueslant, one of Diptyque's original founders; perfumer Fabrice Pellegrin explains,

The key to this memory is the atmosphere of the boat crossings Yves Coueslant travelled on from Marseilles to Saigon. A blend of scents from the boat, the wood, the tobacco smoked by the women on the upper deck… Two notes came to me instinctively when I heard this memory: tobacco and honey, forming a sensual, oriental, woody fragrance which, in the opinion of the diptyque teams and myself, seemed to embody this story.3

As backstories go, it's a good one — add the "ports of call with enchanting names, Port Said, the Suez Canal, Djibouti, Colombo, Singapore" mentioned in the press release, and that should be enough glamour and romance for anybody, no? And Volutes comes reasonably close to living up to it without straying from the house's post-2005 aesthetic: if you're after a deep, rich oriental, you're bound to be disappointed.

The opening is bright citrus, joined quickly by tobacco, but the smoothest tobacco you can imagine, transformed into a veil of powder by iris and no more than mildly spiced (the notes: wax, dried fruit, pink pepper, black pepper, saffron, hay, tobacco, iris, immortelle, myrrh, styrax, honey, opopanax and benzoin). As it dries down, the tobacco takes on a slight cherry flavor and is softened by light incense and resins. It gets sweeter, too, but Volutes never gets honeyed or heavy enough to overwhelm. The first time I wore it, it didn't strike me as particularly smoky; on later wearings, the smoke was somewhat more pronounced, but even then, it is not the sort of thing that will make you feel that you're wearing an ashtray. It's worth a try even if you don't normally like tobacco notes (and I'm not always the biggest fan of tobacco myself).

The Eau de Parfum version emphasizes the iris note. It is a fuller, richer experience, somewhat spicier, definitely sweeter, definitely woodier. We are talking degrees, mind you, as even the Eau de Parfum is not what I would call a heavy fragrance. Still, I was surprised to find that I much preferred the Eau de Toilette, which is drier and livelier, and allows the tobacco note to shine through more clearly.

I found Volutes immensely likable and easy to wear. It's not wildly unconventional, but it's not so muted and well-behaved as Eau Duelle or Vetyverio. In feel (they smell nothing alike) it reminds me of Parfums DelRae Panache: a sort of second skin fragrance, something that lingers and pleases without being dull, and without wearing you instead of the other way around. It's easily the most tempting fragrance from Diptyque in ages.4 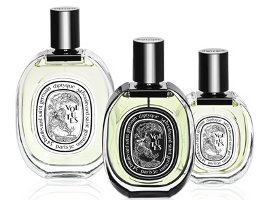 1. Volute de fumée is a curl of smoke.

2. Although I was mighty tempted by the new Eau de Parfum versions of Philosykos and L'Ombre dans L'Eau, and all the more so when a Diptyque counter suddenly materialized at my local Nordstrom. If they had not redesigned the bottles in the meantime, I'd have been helpless to resist; as it is, I am not fond of the new bottle shape and will wait until I've drained the bottles I have.

4. I have added Volutes to my "buy list", but that list has evolved into more of a theoretical rating system than an actual plan to acquire more perfume — I add fragrances to the list if I like them enough to think I might like to own some quantity, but adding even 50 ml of anything to my already overly optimistic collection requires a huge commitment, and there are fragrances that have languished on the list now for years. It would be perfect if Diptyque released Volutes in their travel spray refills, and I could purchase a single 12 ml travel spray (they are sold in trios). Not likely, but you never know.