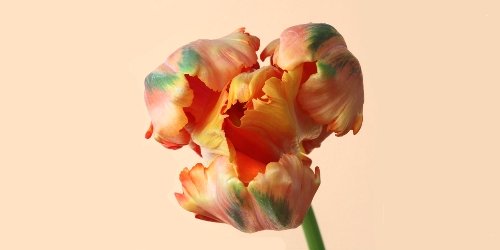 At last, spring! It's taken long enough, and if your local weather has been anything like mine, you might be wondering if winter is not quite done playing games with you yet. Here are 10 perfumes (and another 10+ alternatives, because everyone needs choice, right?) to cover the full range of (crazy) spring weather, from boots to sandals and back again. As always, do add your own picks in the comments, or go read the lists at Bois de Jasmin, Grain de Musc, Perfume Posse and The Non-Blonde.

Sonoma Scent Studio Forest Walk: When I reviewed Forest Walk, I said you could wear it year-round but that the outdoorsy blend of earthy notes and pine-y woods was perfect for chilly fall evenings. Turns out it suits a brisk spring night just as well — I've been reaching for it lately after the sun goes down and my daytime perfume has long since faded. The alternative: Annick Goutal Nuit Étoilée.

Parfums DelRae Wit: If you want pretty, gosh, Wit is about as pretty as they come. It launched right around this time last year, and I've been wanting a bottle ever since. Do try it if you love daphne, or if you love pretty florals in general, and certainly if you swooned over any of DelRae's early perfumes. The alternatives: Byredo Flowerhead, Kerosene Pretty Machine, or see 5 perfumes: pretty spring florals.

Lush Kerbside Violet: Lush's new Kerbside Violet lives up to its name: it's violets, yes, but if you want your violets all done up in a tidy bouquet with a ribbon to match, you'll have to look elsewhere. Which isn't to say it isn't pretty (it is) or wearable (it's that too). Plus, I suspect it will be a decent layering agent (and a matching cream would be perfect), and extra bonus, it's reasonably priced. The (pricier) alternatives: Atelier Sous le toit de Paris for girly, Oriza L. Legrand Violettes du Czar for old-fashioned.

Diptyque Volutes: Another option for the no-flowers-please crowd, or anyone who just wants a change of pace from the usual spring fare at the perfume counters, Volutes (especially in the Eau de Toilette) is a light-as-air, easygoing take on honey and tobacco, and has converted more than one tobacco-hating perfumista. The alternative: Ineke Field Notes from Paris.

Chanel Misia: Switching back to flowers again, although Misia's blend of rose and violet in a swirl of cosmetic powder isn't really your typical spring bouquet. Anyone else think this will be one of the biggest sellers in the Les Exclusifs series? The alternative: Balenciaga Paris L'Eau Rose.

Hermès Le Jardin de Monsieur Li: Admittedly, Monsieur Li is more of a summer scent than a spring scent, but I'm probably going to wear it all year, as I do Jardin Sur Le Nil, and also, I'm not doing the summer list this year so I have to get my picks in while I can, right? A sorta greenish / sorta jasmine-ish meditation by perfumer Jean-Claude Ellena, and so presumably you'll either love it or you'll think it's murky dishwater. The alternative: Annick Goutal Un Matin d'Orage.

Kerosene Unforsaken: This springtime citrus floral with creamy gourmand accents might turn out to be overkill a few months from now — it's not massively sweet, but it is a gourmand — but meantime, it's the ideal thing to cheer you up on an April morning that feels dispiritingly like February. The alternative: see 5 perfumes: consider the creamsicle.

L’Artisan Parfumeur Seville à l’Aube: Angie included this one in her Top 10 of Spring last year, and I'll second the nomination. Seville's dusky-but-not-heavy blend of orange blossom and faint incense wears beautifully as the weather starts to turn warmer and a young man's fancy lightly turns to thoughts of....well, you'll have to read the book. The alternative: Serge Lutens Fleurs de Citronnier (which I don't think I've seen mentioned in eons?) or Fleurs d'Oranger.

Guerlain Terracotta Le Parfum: For anyone else who is happy to see spring arrive but will be even happier when it's finally summer, Terracotta Le Parfum is back, after selling out nearly everywhere last spring. It's a bit beachy, but it's not so decidedly beachy (Estee Lauder Bronze Goddess) that you'll feel that you're jumping the gun when you wear it now. Let's hope they made enough bottles to go around this year. The alternative: Lolita Lempicka Elle L'Aime.

What's in your spring rotation this year?