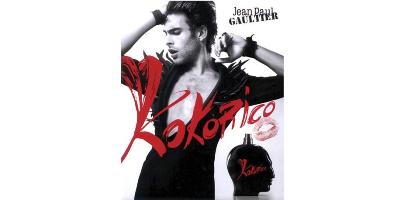 Several years ago, the Bond no. 9 van skidded off the road and all perfumers onboard suffered minor head traumas that affected their sense of smell.* After the accident, Bond no. 9 perfumes started to smell alike, as if the same perfumes were being released over and over again, but in different bottles. Recent Bond no. 9 perfumes smell like middling-mainstream fragrances (Bond no. 9 pricing has not been affected, mind you). It’s been years since the debut of a Bond no. 9 fragrance excited me. (Of course, the Bond no. 9 “New York” idea is running out of steam. Pretty soon we’ll be getting “Fire Hydrant, South Corner of Central Park W. and W. 81st St.” in bright yellow bottles.)

Bond no. 9 is not the only perfume company that’s gotten lazy and complacent and pumps out the same type of “stuff” over and over again. When was the last launch that made you mad with desire…after you smelled the scent? At the same time I sniffed Bond no. 9’s new I Love New York for All, I received Thierry Mugler A*Men Taste of Fragrance and Jean Paul Gaultier Kokorico.

Today, I have three short and (cocoa) sweet perfume reviews. These perfumes have a lot in common; they are gourmands with coffee, cocoa, pepper, vanilla, patchouli, indistinct “woods” and sheer musk. I could almost write one review that would cover them all. 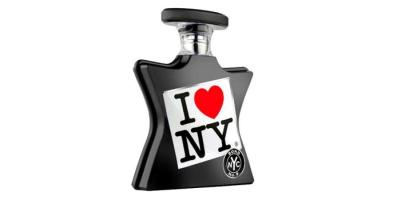 Bond no. 9 I Love New York for All

I Love New York for All opens with hazy pepper-coffee topped with a dollop of vanilla-bergamot “cream.” The cacao is on the dry side, powdery, and ‘flavors’ the entire perfume. The scent wears down to vague, sweet vanilla-woods and clean, sweet patchouli-musk (this is the “candy” perfume of the trio reviewed here). You’ve smelled this  generic gourmand-type perfume a hundred times. 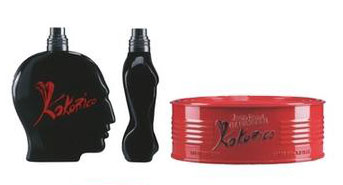 Jean Paul Gaultier Kokorico was developed by perfumers Olivier Cresp and Annick Menardo; it starts off promising with a teak-like, resinous aroma that segues within seconds to bitter cacao bean mixed with patchouli and tart fig leaf — a rather off-putting “curdled” combination (more A*Men than Gaultier). Kokorico’s see-thru ‘woods’ are decidedly fiberboard, cheap and artificial, and in the base they are joined by some vetiver. After the first 20 minutes on skin, Kokorico has almost no sillage (which is too bad, because the scent smells best from afar, not up close). Kokorico has feeble lasting power. Kokorico is such a disappointment because I really want the bottle it comes in (the bottle that no doubt took up much of the budget for this perfume). 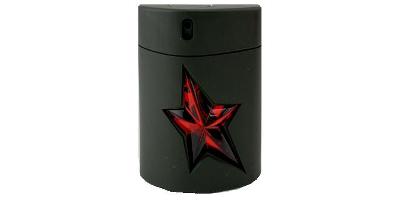 Thierry Mugler A*Men Taste of Fragrance is a super-java scent, brash coffee with some cocoa-chili syrup in the mix. The fragrance, as it develops, reminds me of the other A*Men “Pure” flankers, but with red pepper as the star instead of coffee, malt or tobacco. A*Men Taste of Fragrance has amazing lasting power and is much stronger than I Love New York for All or Kokorico; it’s a very linear perfume that has a presence. Of the three scents reviewed here A*Men Taste of Fragrance has the most “character” (and it’s the only one of the three I’d happily wear). I wish Mugler had gone for smoked paprika or roasted peppers instead of fresh red pepper —  it would have cut down on the sweetness of the perfume.

*not really; this is a reverie.