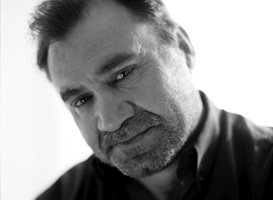 Maurice Roucel started as a chemist at Chanel in 1973. He became a perfumer in 1978, and has since worked for IFF, Dragoco and Quest; he is currently with Symrise.

Maurice Roucel was the winner of the Prix François Coty in 2002.

Perfumes today are often fashion “accessories” that are just tagged on to a collection or the current trend. This wasn’t always the case – just think of the major houses such as Chanel, Houbigant or Yardley, where designers created perfumes that were just as good and important as the fashions they were famous for. The quick turnaround in the fashion industry has made the life cycles of perfumes shorter as well. Nowadays we have summer and winter “collections”, lighter and heavier versions of a scent. The spirit of the time – that inspires me, yes, but fashion? Not so much. — Quoted in INTERVIEW WITH A PERFUMER at Always Inspiring More.

There appears to be general agreement within the fine fragrance world that there are simply too many launches. And for every launch comes consumer tests which are a serious financial burden, especially considering the limited amount of truly successful scents. This fragrance by committee approach, said Roucel, has turned fragrance into a commodity. “Every year you have 300-400 new perfume challenges,” said Roucel. “That’s a huge cemetery.” In the end, Roucel noted, a very small percentage of successful scents are financing the many unsuccessful launches each year, a system that is simply not working. As he put it, “It is possible we are going nowhere.” — From Envy, Insolence and Beyond: a Talk with Maurice Roucel at Perfumer & Flavorist.

See all articles on Now Smell This tagged Maurice Roucel.