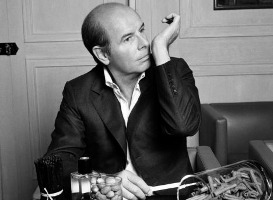 Jacques Polge was born in 1943. He was raised in Provence and summered in Grasse (see "Selected Quotes", below), and he has said that if he had lived in Paris or the north of France, he would never have become a perfumer or even have been aware of the profession.

Polge took a degree in English and literature before beginning an apprenticeship in perfume in Grasse, after which he went to work for Roure (now Givaudan). He has been the house perfumer at Chanel since 1978.

In 2013, Chanel announced that Polge would retire, and would be succeeded by his son, Olivier Polge.

I grew up in the South of France, near Avignon. I would go to Grasse for the summer with my family, and go to Cannes to swim in the ocean. From Nice to Cannes, to Grasse was a garden when I was a child. There were fields of rose, jasmine, violets, and orange blossom. It was the birthplace of perfumery. When you approached Grasse, you would smell the jasmine. Now you don’t, because there is much less production here, but then, flowers were everywhere. — From Chanel “Nose” Jacques Polge at Vanity Fair.

A brand only shows it's alive by creating new product. But we don't want to create too many new things because often new fragrances replace the old ones. We want our fragrances to complement each other, and to last. When we create something, we're always looking to the long term, we never do anything just for the short term. — From Channelling Chanel at The Scotsman.

See all articles on Now Smell This tagged Jacques Polge.

Read Interiors: the Paris flat of the celebrated perfumer Jacques Polge at The Telegraph.