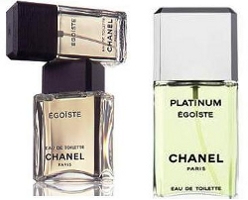 Chanel’s Bois Noir fragrance was created (circa 1986-87) because Chanel’s chairman of the board Alain Wertheimer “wanted something new to wear.”* Wertheimer’s marketing approach to Bois Noir was novel: Bois Noir was not sold in department stores (it was only available in Chanel boutiques); there were no promotions (such as “gift-with-purchase” offers; Wertheimer hated those); and he didn’t really care if Bois Noir was a money-maker for his company. Wertheimer spoke frankly in a 1987 interview and said there were few unusual fragrances like Bois Noir because — "People want success too quickly. From a fragrance point of view, people like what their memory tells them is good. Memory tells you it's good if it relates to something else you like. When a fragrance is completely different, they're lost."*

By April of 1990, things had changed — Bois Noir’s name for one. Amidst a flashy (and expensive) print and film ad campaign — the largest ever for a Chanel men’s fragrance — Bois Noir (no doubt with some tweaking of its formula) became Égoïste and was widely launched: in department stores no less! In its advertisements, which included the now-famous Jean-Paul Goude TV commercial, Chanel didn’t use images of men; a Chanel executive was quoted as saying: "The image of a 24-year-old guy, in perfect physical shape, isn't exactly reality. Why be so definitive? The image of a young guy trying to be cool has been stretched to its limit in men's fragrance advertising." Chanel did create an apartment in New York for the mysterious “Égoïste” — complete with a Lifecycle bike, free weights, Henri Rousseau paintings and an Aubusson carpet.** 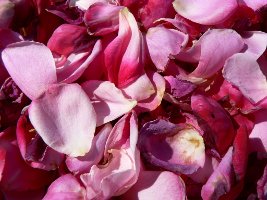 Several summers ago, I used a late 19th century recipe to prepare “wet” potpourri. Into a large earthenware container, I would arrange handfuls of rose petals from my garden and strips of lemon and orange peels between layers of coarse salt. This layering process (petals/peels-salt, petals/peels-salt) went on all summer long, and the container’s contents were weighed down with heavy stones. By autumn, the potpourri was dense, highly fragrant and “juicy,” and I added cloves and cinnamon bark to the mixture and aged the potpourri for several months. The resulting potpourri was damp and coarsely textured, like sand near the ocean, and it released a great deal of perfume into the air. Égoïste reminds me of that potpourri; its aroma is rich but clear; as Égoïste dries down, I also smell vanilla, interesting musk (ambrette seeds?) and woods. Égoïste smells delicious, festive, and it’s almost “gourmand.”

Back in 1990-91, the men’s fragrance leaders were Calvin Klein Obsession for Men, Ralph Lauren Polo, Aramis and Guy Laroche Drakkar Noir; Chanel wanted Égoïste to join that line-up of super-successful perfumes.** It didn’t. Égoïste’s sales dropped rapidly after its launch (Chanel said Égoïste was “too sophisticated”*** for the American market) and Chanel decided to use the Égoïste name on a new product — Égoïste Platinum (released in 1993-1994)*** Young, well-muscled, half-naked men were featured in Égoïste Platinum ads, a musical CD “gift with purchase” was offered (never say never!), and sadly, for the first time, Chanel used test groups of consumers to help develop a fragrance.***

Note: image of rose petals is pre-potpourri by sheeshoo at flickr; some rights reserved.

50 Masculine Fragrances Every Perfumista Should Try
5 Perfumes for: Women Who Want to Borrow