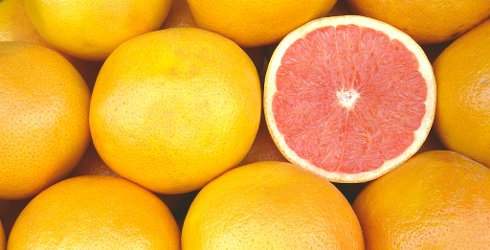 Earlier this week I talked about old school summer colognes. Today's focus: the modern equivalent. These fragrances aren't classic Eau de Colognes, but they function in much the same way: they're light, they're citrus-y, they're refreshing in the worst dog days of summer. Bonus: some of the newer models last a bit longer on skin than the classics.

I've listed my picks in order of release date. Do add your own picks in the comments!

Guerlain Mandarine Basilic ~ From 2007, this lovely sparkling orange with plenty of herbal bite is the oldest fragrance on today's list. Being the cranky old school perfumista that I am, I think of Mandarine Basilic as the last of the "good old days" from the Aqua Allegoria range; it's what they used to smell like before they became as dominated by white musk as they are today.1

Hermès Eau de Pamplemousse Rose ~ Hermès makes so many fragrances that would fit into this category that it's hard to choose just one, but I adore this tangy grapefruit / rhubarb. When I reviewed it, I said it reminded me of a "just-poured Fresca on ice". Eau de Mandarine Ambrée would also do the trick, and so would the new Terre d'Hermès Eau Très Fraîche, and really, too many others to list.

Annick Goutal Ninféo Mio ~ A zingy citrus with plenty of greenery and a nice touch of fig. The reasonably good lasting power is a plus, but the boxwood note does make it difficult for some people to wear. The even greener Mandragore would be another great choice from the same brand.

Atelier Mistral Patchouli ~ To my nose, it ought to have been called Mistral Pamplemousse: this is a summer grapefruit with a bit of clean patchouli to lend some weight to the base. If you want even more focus on the citrus, you could try Atelier's Grand Néroli or Orange Sanguine.

1. Strictly speaking, the line didn't really lose me until 2010's Flora Nymphéa, and I would still buy a bottle of 2008's Laurier Réglisse if I saw one at a fantastic price. I should also add that I have not smelled a brand new bottle of Mandarine Basilic in some time. I hope everything I said is still true; apologies if it is not.