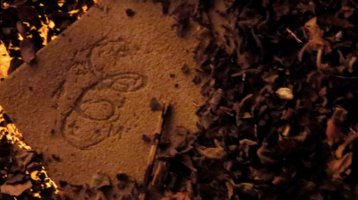 I can rarely resist a New York reference in a fragrance or a beauty product. Charenton Macerations is a new independent fragrance line created by Douglas Bender, a New York resident who has worked in various aspects of the fragrance industry, and its first scent is inspired by an old and storied New York location: Christopher Street, one of the best-known by-ways of Manhattan's Greenwich Village. Christopher Street was developed in collaboration with perfumer Ralf Schwieger. Its composition includes top notes of alcoholic lime, bergamot, bitter orange, leather and tobacco; mid-notes of cinnamon, clove bud, “Dance on Skin,” orange blossom and Poet Carnation; and a dry down of incense, moss, musk, myrrh and patchouli.

As the Charenton Macerations website mentions, Christopher Street has been "home to merchants and misfits, Beatniks and Bohemians, dissidents and protesters" over its three centuries of existence. It evolved from colonial farmland into a site of shipping and trade, a crucible of modern art and literature, an epicenter of the sexual revolution, and a key location in the gay liberation movement. Although many of its long-loved bookstores and cafés are now closed, a few reminders of its history still stand, all with their own distinct olfactory profiles: McNulty's Tea & Coffee Company, the Stonewall Inn ("Where Pride Began"), Village Cigars (at the intersection of 7th Avenue).

According to the Charenton Macerations blog, the brief for Christopher Street suggested that the fragrance could include "subversive tones of metals, smoke, watered down alcohol, wet woods, clove, burnt coffee, and dark tea." That's pretty much what we get in the finished product. Christopher Street opens with sharp, bitter notes of lime and bergamot that are quickly submerged in a haze of booze and tobacco. The tobacco is present both as cured leaves and as cigar smoke, and the smoke seems to have already seeped into the old wood and broken-in leather that are also present in the heart of the fragrance. The base exudes handfuls of earthy, crumbled patchouli and dried moss, as well as as subtle sweaty note. I end up not knowing whether I'm in a bar or a barn, but either one would be fine with me, if it smelled like this.

Although I more typically wear floral fragrances (especially nostalgic, slightly powdery florals), I also love the "real life" smells of things like antique wood and worn-out leather jackets and whiskey, not to mention real patchouli (as opposed to the clean-scrubbed "patchouli" listed in so many mainstream fragrances). For that reason, I've enjoyed testing Christopher Street, and I can recommend it to anyone who regularly wears similar notes. Although it's promoted as a non-gendered fragrance, it feels traditionally "masculine" to me; of course, if you're a woman who enjoys wearing dry, woody-leathery fragrances, you'll love this one. It starts off strong and it softens a bit over time; it also happens to have excellent staying power on skin.

Christopher Street is contained in a plain spray bottle with a simple label. When ordered through the Charenton Macerations website, it arrives wrapped in a square of thick, suede-like leather tied with a narrow strip of the same material and accompanied by a teabag-like pod of patchouli leaves. The patchouli can be used as a sachet in a drawer or closet, and the leather square and strip can be spritzed with fragrance and carried or worn; this kind of attention to detail makes the whole product feel even more hand-crafted and personal.

The tagline for Christopher Street is "Out of the Bottle, Into the Street." (I think that's a twist on "Out of the bars and into the street," one of the battle cries of the gay rights movement.) You could also consider the situation in reverse, as though the personality and history of the street have been captured in a bottle. Gaia at The Non-Blonde reviewed Christopher Street in February; she found it more citrus-y and "fun" than I did. Then again, everyone who spends time on the actual Christopher Street will form his or her own impressions and memories of the place, and many fragrances do work the same way. 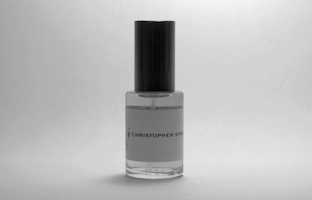