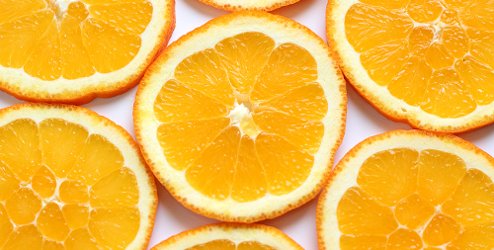 If you're in the northern hemisphere, there's a decent chance you've already entered that part of summer known as the dog days. The hot, humid weather was traditionally expected to last around 40 days, but where I live, we've surely already had 40 days of sticky, and we could easily have 40 more before it's over.

I'm not complaining, or at least, I'm not complaining as much as I'd be complaining if it was cold out. I'll always take hot over cold. But this is just the sort of weather that calls for a classic Eau de Cologne: a little concoction of citrus and flowers, perhaps a few spices, perhaps some oakmoss or amber. It won't last long, but it will lift up your spirits while it does, and you can always reapply later or move onto something else. Here are five choices, although I've (of course) expanded the definition of a classic Eau de Cologne a wee tad.

Eau de Guerlain: an old favorite of mine, and one I've managed to sneak onto more list posts than I can count. When I reviewed it, I said that it "smells like a summer day: earthy and grassy and mossy and fresh", but if you don't like aromatic herbs and oakmoss, it may not suit you. Kevin prefers Guerlain's sour citrus masterpiece Eau de Cologne Impériale.

Chanel Eau de Cologne: the newest on this list (it came out in 2006), but entirely old school in spirit, Chanel's version of a classic cologne is very much a crowd pleaser (nearly everyone loves it) but it isn't cheap (not everyone will want to pay $165 for the smaller 75 ml bottle). As you'd expect from Chanel, it's conservative and well-made.

Christian Dior Eau Sauvage ~ one of the all time great citrus chypres, and thankfully only slightly modernized in its current formulation. I'll steal Erin's words from 5 Perfumes for: a Summer Cocktail: Eau Sauvage is "the best remedy for a malarial afternoon."

Eau de Rochas ~ if many colognes are too sprightly and insignificant for you, the warmer base of Eau de Rochas might be just what you want. As Angie says, "Instead of the through and through fresh — almost brutally fresh — feel of so many colognes, Eau de Rochas recognizes that after splashing it on you might want to settle on the porch in summer with a book or work in the garden rather than speed to the tennis court."

L'Artisan Parfumeur L'Eau de L'Artisan ~ I've already mapped out 5 modern colognes for a follow-up on Friday, and L'Eau de L'Artisan (1993) makes a perfect transitional choice. It's citrus, it's fresh, it's green, and it wears just a like a cologne; the seaweed-y / seawater notes give it a bit of a twist without carrying it full-on into aquatic territory.

As always, do add your picks in the comments!