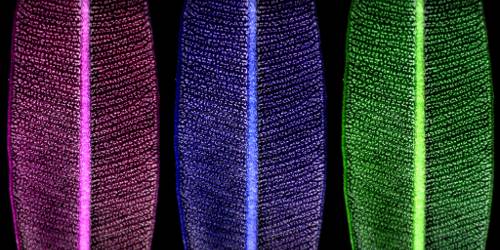 We pick the dates for the seasonal top 10 posts far in advance, and sometimes that works out fine. This year, it feels odd to be writing about fall so early — we've had strange weather the past few months, so while it stopped feeling like a proper summer here sometime in late July, it still doesn't feel anything like fall. Here are ten fragrances I might wear if it did feel like fall, or that you could wear if there's already a chill in the air where you are. Do add your own fall favorites in the comments!

CB I Hate Perfume Burning Leaves: The perfect way to get into the mood for fall even if the weather won't cooperate, and extra-nice if you live in a place (as I do) where all the leaves get composted (as they should be) instead of burned (I do miss the smell). The last time I wrote the Top 10 of Fall was back in 2008, and I included Burning Leaves on that post too. Some things never change.

Sonoma Scent Studio Forest Walk: Another outdoorsy option, and just what the name implies. Brisk, earthy, comforting, and bonus points for being affordable. (And once cold winds start to blow, Fireside is another great option from the brand.)

Lush Furze: If you're more interested in extending your summer than moving into fall, here's an option that's just beachy enough to make you feel the sunshine on your skin, but not so beachy that you'll feel odd wearing it after Labor Day (I do tend to put away my Bronze Goddess, just as in an earlier era I might have moved my white shoes to the back of the closet).

Marni: A spicy woods that is sheer enough to wear year round, Marni is perfect to ease you into the back-to-school / la rentrée shift to more serious and weighty fragrances. If even Marni is too serious for you, liven it up by adding a light layer of Marni Rose.

Ormonde Jane Ta’if : a perfect lightweight amber-y oriental based on the Ta'if rose. Jessica included it in her Top 10 of Fall 2010, and reader AnnS noted just last week that "Ta’if is one of the greatest rose fragrances. Ever."

Aedes de Venustas Oeillet Bengale: flowers and spices done up with the signature Aedes incense. I loved it when I tried it in May, and I've been looking forward to wearing it on a crisp autumn day.

Serge Lutens Chêne: Chêne was the first fragrance that came to mind when I sat down to write this list, so I was a little alarmed to see that Angie had already included it in four (!) top 10 lists (Spring 2014, Winter 2013, Fall 2011 and Winter 2008). But why should Angie get all the Chêne? If you've had enough of Chêne already, then Parfums DelRae Panache is a kinder and gentler alternative with the same booze, honey and woods.

Comme des Garçons + Monocle Scent Three Sugi: Sugi is the sort of ever-so-slightly odd yet entirely wearable wood fragrance that has made me a long term fan of Comme des Garçons. It manages to be both calming and energizing, and will wear perfectly from Indian summer right through Thanksgiving.

Hiram Green Moon Bloom: I was torn between including a vetiver (Vétiver Extraordinaire, maybe, or Lalique Encre Noire) and a full-on floral, and the floral won out this time. Moon Bloom isn't as overpowering as some of my other tuberose favorites (Fracas!), but it's still creamy and rich enough to stand up to cooler weather. Plus, it's gorgeous.

Do add your own picks in the comments, and you can find more fall favorites at Bois de Jasmin :: Grain de Musc :: The Non-Blonde.