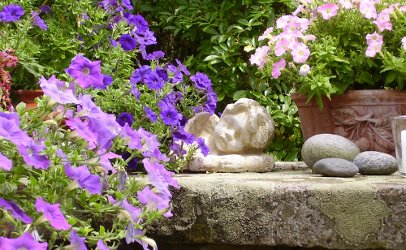 Having appropriated most American technologies, cultural tics and lifestyle choices, Canadians feel we know a lot about our neighbors (neighbours!1) to the south and we tend to be quite sensitive about a perceived lack of knowledge on the other end. Canadian comedian Rick Mercer, a national hero of sorts, came to prominence with a series of television clips called Talking to Americans, where he poked gentle fun at this relationship by interviewing ordinary Americans on the street — in addition to people like George W. Bush2, David Hasselhoff and a Harvard Professor of International Relations — and getting them to do silly things on camera: to congratulate Canucks on converting to a 24-hour clock (from a 20-hour one)3, to sign a petition trying to stop the planned polar bear slaughters in Toronto, or to sing along with a completely fabricated Canadian national anthem. Once, I had an encounter in Buffalo, NY that felt like a Mercer moment: I struck up a conversation with the gentleman beside me at the mall, who turned out to believe that Canadians did not experience summer. "But I live an hour or so away from here," I kept explaining to him. "We have summer! We have the same climate as you do!" I could not convince him.

If you live in the southern U.S. — let alone in Australia, Southeast Asia or the Middle East— then you may not believe that people in Buffalo experience summer weather either. In truth, neither Buffalo nor Toronto (where I live, unmolested by polar bears) suffers from frequent Louisiana-level humidity or the week-long 100°F heat waves of Houston. Although I love classic citrus colognes and refreshing splashes, my perfume collection gravitates towards scents with enough heft to stand up to cooler temperatures. Still, we get our share of urban jungle here, normally from June until September, and though I've never done a Top 10 Summer Fragrances post before, I've written previously about my preferred remedies for when the heat is on (here and here). Below are ten more of my favorites for the swelter season; please comment with your own.

Parfums de Nicolaï Eau d'Été: I admit to owning and loving all the recent Nicolaï colognes: 2012's deliciously peachy L'Eau à la Folie, which Robin listed for summer last year, the tart freshness of L'Eau Mixte (grapefruit and blackcurrant) and L'Eau Chic's underrated geranium, crisp as cotton dried in the sun. (I look forward to Eau sOleil, too.) Yet, I think Eau d'Été remains my most worn summer fragrance. Like many wonderful, simple things, it must have been a puzzle to perfect: a big, clear burst of lime, that note rarely so sharp and true in perfumery, accompanied by a skin-soft blend of jasmine, clean musk and cinnamon.

Christian Dior Eau Fraîche de Dior: This is a repeat from Angela's Top 10 Summer Fragrances 2010, but I couldn't leave it off my list. In vintage form, from a houndstooth bottle, Eau Fraîche is simply the most breezily elegant fragrance ever. It is a classic citrus-chypre, with the rich, bitter oakmoss so sadly missing from today's scents apparent from the start. Besides relying for sweetness on two more of my favorite notes, mandarin and rosewood, it concludes with enough musk to startle the local pet population. Perfumer Edmond Roudnitska claimed he used his work on Eau Fraîche to inform Diorella, and both fragrances contribute robustly to the argument that Roudnitska was the master of smart sensuality in fragrance. Don't buy up my eBay bottles.

Mauboussin Histoire d'Eau: I warned you I like mandarin. Normally a sweet and obliging note, here it is nearly sinister with drama. Check out the print ad for this fragrance (just above), which admonishes us (in French): Beauty is that we do not expect. Is the model wearing orange stocking gloves? Are we supposed to believe she was climbing around a dystopian tidal swimming pool in those shoes? The image is a very good fit with the fragrance, which is a spiced, musky floral syrup, like a West Indian falernum cocktail or an evening dress version of Kenzo Ça Sent Beau — the sort of thing you should wear while reading Claire Messud's The Last Life or one of those Graham Greene novels set in a colonial outpost.

Vero Profumo Mito: Ah, that singular and elusive bird, the interesting magnolia scent! Mito is a magical, natural-smelling green floral chypre, all waxy leaf and sunshine petals and moss as soft and cool as goose feathers.

Gorilla Perfume at Lush B Scent: According to the Gorilla Perfumes website, this one was inspired by the memory of a long-ago crush a young Mark Constantine had on a French waitress, who smelled of the lemons in her good traditional cologne. Then, as often seems to happen in Constantine creation tales, lunch got involved: years later, while he was working on a cologne featuring lemon, grapefruit oil and rose, Mark apparently had some soup with fennel in it, which prompted him to add the sweet anisic note to B Scent. Very appetizing.

Chanel Eau de Cologne: When Les Exclusifs launched, Robin praised this one as "lovely", but added "unless you need your Eau de Cologne to say “Chanel” on the label, I’m not sure you couldn't do as well for less." At the time, I was inclined to agree. Years passed, as I tramped around, smelling other brands, and I started to ask: yes, but where do you find such a great cologne for less? It did seem ridiculous that I had to pay boutique line prices for a simple pop of lemon and green neroli over suave musk — even in summer, was there not my beloved Cristalle, a properly serious Chanel fragrance, to rely on? Surely I could go elsewhere for cologne. Finally, Chanel came out with the 75 ml Exclusif bottles and I just bought the darn thing.

Monsieur Balmain: The lemon opening is sharp and piney, enough to set off alarm bells in the "Pledge"-phobic among you. The heart comes quickly, though, and is laced with vanilla and sandalwood, as refreshing as lemon sour cream gelato. Oy. Summer scents are making me hungry.

Guerlain Philtre d'Amour: A lovely, slightly raspy, free-as-air citrus-floral, Philtre d'Amour always seemed a bit out of place in the very serious Les Parisiennes line. (Also the splash "bee bottle" makes it quite easy for a toddler to empty the entire contents on the floor. Just sayin'.) It's cologne and it's not going to change the world, but, as is often the case with a Guerlain fragrance, it is better than it probably needed to be.

Houbigant Orangers en Fleurs: I've always liked perfumer Jacques Flori's fragrances for Etro and he has used a similar style here: lushly classical, not too showy, simply a big, sweet orange blossom-and-tuberose perfume, with the weight balanced just right. It's rather expensive and too, too pretty.

CB I Hate Perfume In the Summer Kitchen: The neatest thing about Christopher Brosius' creations is that many of them move you to close your eyes. With peepers shut, In the Summer Kitchen calls to mind so vividly the clean, Old World second kitchen, sweet with fresh vegetables and outdoor breezes, that I have never, ever known and couldn't manage if it materialized.

1. We have not always stolen American spellings.

2. Bush was at that time a presidential candidate.

3. Admittedly, Newfoundland, where Mercer was raised, does have its own weird time zone, which is a half-hour different from the rest of Atlantic Canada. Newfoundland is its own world, as any visitor there can confirm. I remember being taken aback, briefly, amid my horror and grief on the morning of 9/11, when a ticker tape on the American news program I was watching reported that flight groundings had stranded thousands of travelers in tiny Gander, New Finland. They were stuck in an imaginary Nordic country! And it probably felt like it!  ("New Finland" does turn out to be a very rural district on the Canadian prairie in Saskatchewan, above North Dakota, far, far away from Gander... but nobody ever got stranded there except for Finnish 19th-century pioneers.)