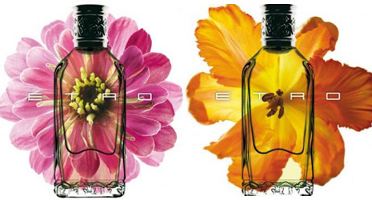 Italian manufacturer of fabrics, fashions, home furnishings and fragrances, and known for their exuberant prints and bright colors. The firm was founded in 1968 by Gimmo Etro and is still family-owned. The brand's symbol is the pegasus.

Etro can be found at Aedes or Osswald in the US, The Perfume Shoppe in Canada, Senteurs d'Ailleurs in Brussels.

See all articles on Now Smell This tagged Etro.