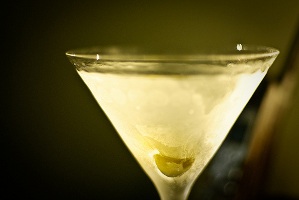 One of the people who made the biggest impact on my early life was my maternal grandfather. After a hardscrabble childhood in Glasgow, he immigrated to Canada as a young man with his parents and sister to train as a draftsman and parts engineer. An aptitude for the work and for study in general made him a success within a few years and he was soon able to provide his family with the sort of respectable, cozy comforts that they had always aspired to in their homeland.

People of his generation and background approvingly described him as "a careful man" — a certain sort of sober fussiness being viewed at that time as one of the proudest and most patriotic of Scottish virtues — and he was as meticulous and discerning about his pleasures as he was about everything else. Our own, less kind era might hang the label of "OCD" on his morning hygiene and dressing routines, his fastidious care of such household objects as clocks, vinyl records or decorative biscuit tins, or his use of a level to straighten all the picture frames in the house once a week.

Despite his enjoyment of many small, bourgeois luxuries, I am proud to say he was an optimistic, open-minded and politically progressive man for his day and one of the most enduring, if frivolous, symptoms of his faith in the goodness and intelligence of all human beings was his insistence on ordering a very specific gin martini (very dry, one olive, glass frozen) wherever we went: a kosher deli in Montreal, the local Chinese buffet, one Oktoberfest beer garden, a roadside fish-and-chip trailer and once, most memorably, a Muslim-owned curry restaurant in Florida. Surprise and dismay overtook him when there turned out to be no alcohol on the premises or when he received a shot of straight, room-temperature Martini & Rossi vermouth or off-brand vodka over ice in a plastic juice cup. Still, as a great believer in the corrective powers of education, he would generously lecture the server on the history and preparation of mixed drinks, scrupulously engaging him or her on such controversial questions as the acceptability of attempting to mimic Lillet with a dash of Angostura Bitters, the proper proportions of an English-school Sidecar or whether it could be considered scientifically sound to attribute the ruinous effect of shaking a Gibson to the supposed molecular "bruising" of the gin. Like many fragrance connoisseurs, he held decided and thoroughly researched views on craftsmanship and quality of ingredients, but was also ready to countenance any innovation that worked and even a good few interesting mistakes.

I admired many traits in my grandfather, but perhaps none more than his talent for prognostication and trend-spotting. As a bookworm and news media junkie, he had great insight into a wide variety of industries and had he been alive to see the swelling of the Great Mojito Wave of 2006, he would surely have gleefully predicted the resurgence of the classic cocktails that followed. Having inherited his taste in tipples, I was delighted to discover a few years ago that I could order an Old-Fashioned or Manhattan in most bars without encountering looks of distress. It appears that the hipsters have moved on now — from perusing the magazine covers at the liquor store, my sense is that, keeping their eyes on the foodies, they've transitioned into molecular mixology and will all be "drinking" jellied or nitro-frozen beads of booze for the next few seasons — but I'm still pleased to be able to find Pimm's No. 1 Cup in the summer stock again. Please find below my suggestions for some seasonal refreshment for the nose, and as always, feel free to comment with your own favorites.

Chanel No. 18: I confess to being on record somewhere in the blogosphere as initially failing to "get" No. 18, which I thought opened with a smell rather like gherkins. Over time and with warmer weather, I have learned to love this fragrance inspired by the sparkle and clarity of diamonds. Like several scents in the Chanel Les Exclusif collection, including my immediate favorite of the recent additions, 31 rue Cambon, as well as my old friend, Bois des Iles, No. 18 now seems to me like an ideal intoxicant. In classic Chanel style, it avoids any superfluous parts and focuses on balance: in this case, a transparent and striking blend of invigorating astringency, a vivid green and fruity note like olive oil and the peppery pop of iris.

Thierry Mugler Miroir des Vanités: I was hooked on this two summers ago and am still harping on about it. As Luca Turin has written, it smells a great deal like Campari soda, with its giddy bouquet of orange, bitter bark and herbs. Even those who find Campari perfectly disgusting to drink may find this scent to be the perfect tonic for a wilting summer day.

Cartier VI L'Heure Brilliante: With notes of green lemon, flaxseed, gin and aldehydes, Brilliante makes no attempt to smell like anything other than a delicious drink. After a bright, biting opening of traditional citrus cologne, there is a hint of floracy and the scratchy, hemp-like smell of baling twine, as the scent moves into a stage when it mimics even the mouth-feel of a good gin, with a slightly oily texture. Lovely stuff, and the happiest hour of Cartier's new exclusive collection.

Frapin L'humaniste: A slightly sweet, unpretentious fragrance meant to smell like a junipery gin-and-tonic. If the pleasant, fuzzy tonka bean dry down is not quite crisp enough for you, there's always L'Artisan's Navegar.

Dior Eau Sauvage: Like all the most celebrated mixologists, Edmond Roudnitska had an obsession with structure or form that makes his classic creations for Dior — Eau Sauvage, Eau Fraiche and Diorella — the best beauties to wear in defiance of the unfortunate recent trend towards those muddled, fruity fragrance cocktails that remind me of the hundred different drinks-of-the-day served on package vacations, all of which contain some combination of dark rum, pineapple and orange juice and gingerale. Always more civilized than its name suggested, Eau Sauvage has a more herbal coloration than the other two and therefore is the best remedy for a malarial afternoon.

Note: image is My Evening Martini by wickenden at flickr; some rights reserved.