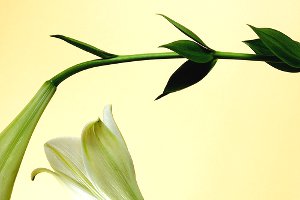 I have something of a love-hate relationship with the Aqua Allegoria range from Guerlain. To recap for those who aren't familiar with them, the Aqua Allegoria series was introduced in 1999 as a youth-oriented, reasonably-priced line aimed at bringing younger consumers into the Guerlain fold. In the early years, the fragrances were done in a naturalistic style, usually highlighting one or two notes, but more recent outings have strayed from those conventions. They're generally launched as limited editions, then if they do well, they get added to the regular line. For some years, they've done two new Aqua Allegoria fragrances a year, but since 2010, they've only put one of the two into widespread distribution.1

There's no point in looking for the next Shalimar among the Aqua Allegorias, but some of them have been highly enjoyable fragrances, and a few of them of them are staples in my summer fragrance wardrobe.2 The last few years, though — since Thierry Wasser took over as Guerlain's house perfumer — they've been concentrating on a "young, fresh and dewy" style, not altogether unlike that of Guerlain Idylle. Sometimes that works, sometimes the output strikes me as forgettable and/or insipid.

This year's widely distributed Aqua Allegoria is Lys Soleia, and it's the first one I've really liked since 2008's Laurier Réglisse.3 As you no doubt deduced from the name, Lys Soleia is "about" lily, and the lily is indeed the star of the show from the moment Lys Soleia hits skin. It isn't quite a lily bomb, but it's got more heft than your average Aqua Allegoria, and in the early stages, more heft than some recent lily fragrances like Cartier Baiser Volé or Keiko Mecheri Soussanne.4 Lys Soleia is bright, greenish, and somewhat fresh early on, with citrus and distinct fruity undertones. As it dries down, it stays focused on the lily but adds a medley of creamy tropical flowers, and it takes on more of the spicy edge you'd expect from a lily-based fragrance. In keeping with the Soleia part of the name, there's a subtle nod to the suntan-oil genre, and a whiff of salty, sun-warmed-skin in the musky vanilla base.

Lys Soleia, to my nose, joins the "highly enjoyable" class of Aqua Allegorias. It's better done than many of them. I wouldn't say it's necessarily easy to wear, and I would guess that many people are going to find it too heavy for really hot summer days. Still, if you like lily, it is worth the trip to Sephora (or your local equivalent) to try it. If you don't like lily, I doubt it will suit you.

My one complaint is my usual complaint, and echoes Kevin's complaint earlier this week about Histoires de Parfums Pétroleum, and that is the white musk used in the base. For most of its development, Lys Soleia smells lovely to me, but on a few (not all) wearings, I found that very near the end, it came dangerously close to lily dryer sheet. Then I was not quite so enchanted. Still, it's going on my buy list, although like many things on my buy list I'll probably never purchase it unless I find it at a substantial discount — my relationship status with Lys Soleia is "deep like", not "undying love" — and given the choice, I'd probably take a bottle of Laurier Réglisse over Lys Soleia. Lys Soleia is arguably the better fragrance, but Laurier Réglisse would probably get more wear. 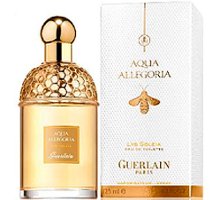 Guerlain Lys Soleia was developed by perfumer Thierry Wasser. The notes include bergamot, lemon, palm leaves, ylang-ylang, lily, tropical fruit, tuberose, vanilla and white musk. It is available in 75 and 125 ml Eau de Toilette. The 75 ml is $61 at Sephora — it's not a bad price per ml, but I don't generally stand at the perfume counter calculating the price per ml, and I doubt many other consumers do either. Given the total price, and the number of (cheaper) small bottles available these days, I'm not sure the Aqua Allegoria line really stands out as "reasonably priced" any more. You can pick up a small bottle of Insolence or Idylle for less.

Note: top image is p_0402 [rotated] by tomooka at flickr; some rights reserved.

1. This year, the "not in widespread distribution" Aqua Allegoria is Bouquet de Mai, which can be found in duty free stores.

2. I own Herba Fresca, Anisia Bella and Mandarine Basilic, and Laurier Réglisse has been hanging out on my "to buy" list since it came out.

3. Laurier Réglisse, by the way, did not appear to be widely loved.