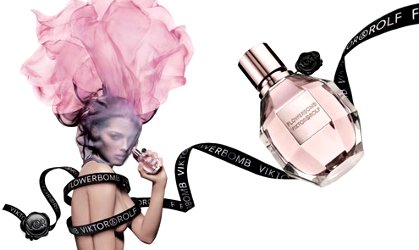 Dutch design duo Viktor Horsting and Rolf Snoeren debuted their first collection in Paris in 1993, and have since become known for their conceptual approach to fashion and for their wildly inventive catwalk shows.

Their first fragrance release, Le Parfum, came in 1997 and was as avant-garde as their fashion: the "scent" was in a bottle that could not be opened or smelled (and the limited edition run of 250 bottles sold out). The next fragrance release was considerably more mainstream; the relatively conventional perfume Flowerbomb launched in 2005. Antidote for men followed in 2006. Both fragrances were created under arrangements with L'Oreal.

See all articles on Now Smell This tagged Viktor & Rolf.