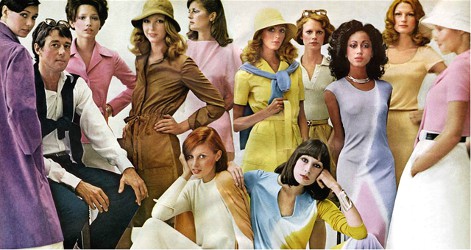 One of the few movies I like more every time I see it is Richard Linklater's Dazed and Confused. I did not come of age in Texas in the summer of 1976; indeed, I am Canadian and was a teenager when the comedy released in 1993, 17 years later. But it is a movie that proves that late adolescence is often the same country. In one of the many drunken sociological conversations that pepper both this stage of life and the wandering film, bubbly free-thinker Cynthia Dunn lays out her "'every other decade' theory": "The 50s were boring. The 60s rocked. The 70s, my God, they obviously suck. So maybe the 80s will be, like, radical." The moment is memorable because Linklater allows himself so few superior jokes on his characters. As anybody who grew up then knows, the 80s were not radical. Even the cultural "cool kids" of the 80s, like Elvis Costello in his Buddy Holly glasses and David Byrne in his ever-growing suit, seemed to have a parodic, critical air about their work, like they knew they were producing their best stuff in an Arnoldian Epoch of Concentration.

Meanwhile, the 70s were often remembered as the era of Saturday Night Fever, a silly, narcissistic 'Me decade' of disco and embarrassing jumpsuits. Never mind that Saturday Night Fever is a serious and often sad movie and that the bad faith and individualism that reigned post-Watergate also produced Chinatown, the first two Godfather movies, The Exorcist, The Conversation, Jaws, One Flew Over the Cuckoo's Nest, Nashville, Taxi Driver, Network, Annie Hall, Apocalypse Now and Alien. It seems that it's just the last couple of years when we in North America began looking back at the Ford administration and Jimmy Carter's "age of limits", those disappointing days of scandals, stagflation, riots, oil crises, embassy evacuations and hostage negotiations, and realized that, leaving aside some of the New Age spiritualism of the period, it might have been a more adult, clear-eyed time than we thought.

Pop culturally, of course, everything old is new again. Along with American Hustle-inspired crocheted tops with plunging necklines and David Bowie retrospectives, a few fragrance bloggers have noticed a recent revival of 70s scent style, peaking last year with a celebration of lots of patchouli, galbanum, herbs, moss, smoke and hyacinth. This has been fine with me, as several of my all-era favorites are 70s monuments. Unfortunately, many of the popular feminine perfumes of that decade haven't survived the discontinuation and reformulation gauntlet: Lauren by Ralph Lauren, released in 1978, is no longer recognizable, something has gone seriously awry at Halston and Jovan Musk oil for women, once kissing cousins with Serge Lutens' later Muscs Koubali Khan, is now a weirdly clean and floral Eau de Toilette. Even Opium, likely the most recognizable scent shape of the 70s, underwent a serious reformulation in 2009. Still, many of the original formulas, bold and layered (and probably cheap) as they are, have survived, like Gloria Gaynor. Please comment if I've missed one of your favorite boogie fevers.

Yves Saint Laurent Rive Gauche: Released in 1971, this classic floral aldehyde combined creamy white soap and cigarette smoke tar, a description that still somehow misses Yves Saint Laurent's very accurate prescription of it being a perfume for a woman who loves the sun and wind. A reformulation around 2003 brightened the Eau de Toilette, amping up the green rose notes and cutting down on some of the mossy bitterness that provided contrast. To me, the modernized version has just the slightest bit less bohemian chic than the original, but it still makes me want to have a gap between my front teeth, a belted leather trench coat and a collection of rare used books from the bouquinistes.

Clinique Aromatics Elixir: This first perfume from Clinique, a floral chypre, shows just how much room there is in that genre. With an unmistakable sillage, it descends upon you, a sultry, dusky blend of patchouli, herbs, chamomile tea and rose, winding its way about like smoke from a genie's lamp. For years I have owned and admired it, but rarely feel I can pull it off. Aromatics Elixir is perfume as serious business. Through my rich and varied family and career history, I have encountered two groups of friends who wear it as a signature: secretarial ladies in middle age and drag club performers. A landmark.

Chanel Cristalle: Cristalle Eau de Toilette was developed in 1974 by the great perfumer Henri Robert. It is a very fresh, crisp take on a floral chypre, dewy hyacinth book-ended by lots of lemon and an oakmoss-and-rosewood base that gives a very convincing impression of hay. Both natural and elegant, it smells the way white cotton drying in the sun should do. While she died three years before it came on the market, I feel Coco Chanel would have approved. Certainly, it is one of my favorite fragrances from a favorite brand.

Yves Saint Laurent Opium: Love it or hate it, Opium was the fragrance that defined 1977 and several years afterward, spicy, smoky and as rumbling as thunder. As I mentioned, there has been a post-IFRA rejig, which, though skillful, means new bottles aren't really Opium: the new version is woodier, with more mint and pepper up top and the punch of cloves and richness of the balsam notes largely gone. People often mention Opium's immediate contemporary, Estée Lauder Cinnabar, as a substitute for the vintage stuff, but Cinnabar always had more cinnamon and is a fuzzy fragrance, rather than a fiery one. Though it lacks the symphonic complexity and carnation of the original Opium, Estée Lauder Youth Dew is closer in silhouette, to my mind.

Note: top image is from a promotional poster for the movie Ultrasuede: In Search of Halston; it originally appeared in Vogue in 1972.