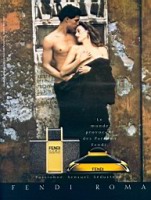 The first and only time I went to Italy I was sixteen, and on a six-week trip of Europe with a large group of girls who had fundraised for the trip through Girl Guides (Scouts). Using the blitzkrieg method of Old World sightseeing favored by many generations of North American young people, we "did" Italy by spending a day-and-a-half in Venice. It was high summer and with the callousness of youth, I wrote Venice off with a few lines in my travel diary:  "It's like a museum covered in pigeon poop. The canals smell of sewage, and there is a haze hanging over the water.  No oilies as of yet." This last bit was because our uniforms apparently made us look like an enormous gaggle of young stewardesses and so we attracted camps of hopeful, slick fellows most places we went. Despite their absence in Venice, I came away with an impression of the place that might have turned me into the sort of traveler who discouraged Kevin. The recent garbage strike in my hometown of Toronto has made me realize you can catch a city on a bad day (or month) — but even in 1993, years before my perfume obsession began, I was hypersensitive to smells, good and bad. As far as I was concerned, Italy stunk.

It was puzzling, though, that my parents kept returning there.  "Table wines are cheaper than Coke," my father explained, when I asked why they kept going back. (Perhaps this brief, thrift-related response helps clarify that my parents are not of Italian descent and therefore returning to visit the mother country; Scotland is the land of our fathers.) Since my parents are not enthusiastic photographers, I tried to determine the attraction of this region listening to stories of their travels. Through these tales, I got another impression of Italy: it didn't work. All their anecdotes seemed to involve a bus breaking down, the taxi drivers being on strike, a forty-minute walk through withering heat to an architectural marvel which had just closed for a three-hour lunch, and stumbling over an excellent restaurant with no signage when they finally went looking for a toilet. The appeal of the table wine and the orechetti with rapini and sausage was apparent, but I found myself less philosophical about the earlier obstacles than my parents.

Then, a few springs ago, my husband, daughter and I landed in Nice, France, and I fell in love with the almost gaudy beauty of the waterfront, the technicolor houses, the street food and market stalls of spicy olives, the insanity of the local motorists. We bumped into many other tourists, who all said: "If you like this, keep going east." Everyone mentioned Cinque Terre, the Amalfi coast, Palermo. We never even made it to Menton, but we returned home to find my aunt and uncle had created a computer slide show of their casually snapped, postcard-perfect shots of Ravello, Capri and Positano (sadly, no photos of La Sirenuse, the hotel behind Eau D'Italie.) Early this summer I decided to push for Italy as our next vacation destination.

Around the same time, I returned to a perfume list of best Italian scented exports I had begun over a year ago. I had given up on that first post in frustration. Sampling had convinced me that Italian niche lines make some of the worst perfumes in the world. I had difficulty defining my criteria for inclusion — Italian ownership of the fragrance line? Italian nose? — and I would sample something fabulous only to find it was discontinued, reformulated or impossible to purchase here. (See the paragraph on Italy not working for reference.) Like many other scents, 10 Corso Como was damaged by the Mysore sandalwood shortage, losing some of its balance between fuel fumes and baking bread. The best i Profumi di Firenze scents are expensive or apparently not distributed in North America. You used to be forced to order the delicious Vento Canale by Gianni Campagna from First-in-Fragrance in Germany — until it disappeared all together. Fendi (Asja, Theorema) succumbed to LVMH and it is difficult to find Krizia's Teatro alla Scalla  or Krazy at the online discounters. Still, with some perseverance this time, I was able to find or rediscover some Latin beauties that did not appear to be endangered.

Bvlgari Black: When I'm playing that perfumista's game of choosing the fragrances of one house to take to the moon, a desert island or just into a life of monk-like austerity, I'm always surprised by how long it takes me to think of Bvlgari, which is surely one of the very best lines widely available. Like Omnia and Eau Parfumée au Thé Vert, my other favorites from the Roman jeweler, Black is effortlessly modern. With its urban, fashion-forward vibe, it feels like the perfect scent for a runway in Milan.

Etro Anice:  Another criminally underrated fragrance house, Etro is on my short-list of lines I can't live without. Messe de Minuit, Shaal Nur and Vetiver are all decants that travel everywhere with me, but Anice is among the most used atomizers in my purse as well as perhaps the most telling example of what Etro does best. Sometimes the simplest things are hardest to do, and it's easy to forget how seamlessly Jacques Flori blended the chewy, salty facet of aniseed with an airiness that perfectly complements summer. Despite its natural, rich complexity, the seamlessness makes Anice an ideal layering scent.

Santa Maria Novella Potpourri: For days when only the sinus-searing will do. Like a Diptyque turned up to eleven, this smells like a medieval cure for all that ails you: a cast-iron brewed blast of spices, berries, twigs and something camphorous that is undoubtedly poisonous.  A best in class for the apothecary style.

Carthusia Aria di Capri: The best of the Carthusia line — this one and the sparkling, herbal Mediterraneo — have a shivering shot of bitterness running through them. Similar in spirit, if not in smell or sillage, to Serge Lutens Arabie, Aria di Capri employs a spike of bay leaf to liven up the sort of beautiful, woody-powdery blend of iris and mimosa that would otherwise be as doomed to obsolescence as your grandmother's slipcovers.

La Via del Profumo Attar Oak Moss: This creation of mostly natural perfumer Dominique Dubrana was apparently made "for Tarzan", but has been borrowed by Janes. With the clean lines and almost organic character of the best stone buildings, it has a lonely, pure elegance to it. Dubrana's Hindu Kush has a similar atmosphere and is also highly recommended.