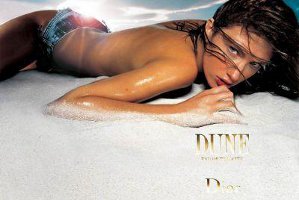 Twice, recently, I have walked past a rack of discount CDs that includes a "Best of the 90s" compilation. The cover features a pair of pouting Material Girls with tousled two-tone hair, red lipstick, neon off-the-shoulder shirts and black vests and leggings. I did not look at the track list, because I was so put out by the photo. I was a teenager in those pre-Y2K times and I think the producers of this album might have missed the last nine years of the decade. When I graduated high school in 1997, that look had already made at least two rounds as a retro Halloween costume. Eddie Vedder and Pearl Jam were no longer touring and Kurt Cobain had been dead for three years, but my yearbook confirms we were still wearing plenty of jeans and plaid flannel,1 though people had mercifully stopped requesting Nirvana's Heart-shaped Box, possibly the world's least danceable song, at every party. Girls wore straight hair, pixie-cut or long and center-parted. I had a programming geek boyfriend, and after a few years of BBS posting using my family's agonizingly slow dial-up connection, I had decided my future was at a school nicknamed "M.I.T. North". There, my friends traded their jeans for Microserf khakis. Britpop groups and Radiohead were popular, as was genial stoner music of the Dave Matthews Band variety. Everybody seemed to be reading Guns, Germs, and Steel, watching animated shows on TV and going to a lot of violent, angry movies starring Kevin Spacey or Brad Pitt.2 In North America, the Starr report was out and events like Columbine happened, and it felt then like we were living through a very sad, cynical, disaffected era. Looking back after 9/11 and the global recession, however, and a few horrific natural disasters and inconvenient truths later, the nineties seem to me today like oddly sincere, hopeful years. I never expected to be a nostalgic old fool so soon.

I wasn't obsessed with perfume then. I vaguely recall tropical fruity or citrus-clean skin scents like Calvin Klein ck One and Clinique Happy being very popular. A certain lemony transparency had become linked in my brain to the label "green tea", but I'm pretty sure I was unaware of the Bvlgari brand which introduced the style. Despite the fact I attended a tech university, where an Asian aesthetic sometimes dominated — I drank a lot of bubble tea, lived on noodle soups, learned about anime and gaming — I don't remember smelling the supposedly ubiquitous Issey Miyake L'Eau d'Issey often. In fact, I don't remember green, melon or marine scents making much of an impression on me at this time at all. If I strain, I have a misty and slightly embarrassing memory of being in a department store and coveting, of all things, Perry Ellis 360 Degrees, which I believe was one of those Calone numbers, a salty-metallic watermelon like Aramis New West, and was displayed in a cool spherical fatice. Just down the Shiseido-owned counter from Issey Miyake, though, was Jean Paul Gaultier Classique, which was big with my crowd: I've wondered since if we liked the pink juice and fuzzy floriental structure because it was a subconscious nod towards the fragrances our mothers were wearing at the time, like Lancôme Trésor, Givenchy Organza and Aramis Tuscany Per Donna.

While they're nice to revisit, I wouldn't wear these fragrances regularly now.3 The trend then was toward linear fragrances, scents that felt like a camera flash. The best ones did have instant impact and an arresting radiance to them, but there was deliberately little plot built in. That's just not a style that interests me anymore. In 2011, I'm grateful that there were perfumers and consumers in those days hungry for something other than a milky or melony floral musk. Some of my favorite fragrances today date from that era and they're all big, strange, abstract wonders that would have confused me when they launched, had I tried them. My list this afternoon is therefore not intended to be a Flashback Friday, a program of the most popular or influential scents of the nineties. Instead, I'd like to think of it as a Greatest Hits collection.

Thierry Mugler Angel: (1992) Love it or loathe it, it's the monument of the decade. By now everybody recognizes it and even a brief review of the actual smell of the thing is very difficult to do, as almost everything you could write about it has already been covered. I will say, though, that it's still full of surprises, even after it has inspired a hundred flankers and imitations. Wearing it today, I suddenly focused on the tartness of the berry notes that balance the ethylmaltol sweetness of the beginning. It's always as heady as I remember, but I tend to forget that it's not at all languorous.

Gucci Rush: (1999) In a way, this seems like a send-up of all those nineties scents that were designed to smell like skin or your aura or whatever. It is an obviously, purposefully synthetic scent, but it is also eerily organic. Luca Turin on Rush's launch: "This thing smells like a person. To be exact, thanks to the milky lactone note, it smells like an infant's breath mixed with his mother's hair spray." (via Chandler Burr's The Emperor of Scent). It's a bit creepy that his cozy little portrait of maternal intimacy should seem so right to me, as I also find Rush to be an intensely sexy fragrance. Certainly, I find it a much more alluring perfume than all of Tom Ford's subsequent attempts at sweaty seduction.

Bvlgari Black: (1998) This proved that a perfectly unisex, modern fragrance didn't need to be about "freshness". Tea notes could be urban, musks could be tough and you could sell perfume in a hockey puck. Like Angel, Black can still shock you with a new facet after years of wear. It is, as Robin wrote, "one of those masterpieces of weird".

Serge Lutens Bois de Violette: (1992) When this launched, I was wholly unaware that niche perfume houses existed. I'm sure I would have been unprepared for this fairy tale of a fragrance, with its dark, airy breath of cedar and violet (leaf and flower).

Dior Dune: (1991) Whoever was responsible for the art direction of Dune is a genius, because it makes a seamless impression, despite a complex development and the strangeness of its fit within the oceanic genre. Like many people, I find the top notes borderline unpleasant, but there is something totally beguiling about the way a tease of salt breeze runs throughout the story and the drydown is one of the most beautiful puzzles in the perfume industry: a bitter chocolate smell, both airy powder and rich butter, appetizing and yet indigestibly gauzy.

1. Bear in mind that I grew up in Canada, where plaid flannel is a kind of religion.

2. Or both. In 1995, Spacey and Pitt were together in gruesome Se7en, which I went to see in theatres with a guy friend of mine. It was a quasi-date, I guess, and a really terrible movie for it. Despite the inauspicious start, we continued to see movies together off-and-on over the next four years. Eventually, we figured we might as well start dating properly and then a few years later we got married. It was all more romantic than it sounds, apparently.

3. Well... I am on the hunt for a bottle of Tuscany Per Donna. I told you I'm a nostalgic old fool.