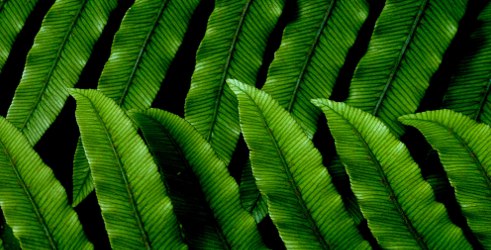 Once, when I was shopping at a perfume discounter, the owner brought me a fragrance and said: “You’ll like this. You’re a throwback.” I was taken aback. Was I? And was it so obvious? The suggested scent was a crisp green one, with the bite of galbanum, and I did like it, very much. I moved down the counter and snuffed the dusty tester, a bit embarrassed, while the owner helped a new customer pick out a bottle of Armani Code for women.

Pickings for the bitter green fiend are rather slim at department stores at present. Counter sales assistants will tell you that such scents are now old-fashioned and do not sell well. I imagine those last crisp green floral buyers, stately and melancholy as they have always been, at home with their Lauren Hutton cheekbones and maybe the accouterments of WASP style mentioned in Angela’s Estée Lauder Private Collection review: boat sneakers, gin martinis in iced silver carafes and small, strangely dignified dogs. (Of course, I still buy these perfumes and I am short, roundish and never to be found in tennis whites, alas. I would like a schnauzer, though.) Shopping at the mall these days, one worries that such green fragrances will go extinct, like the serious hats men used to wear in Cheever short stories. As with many holes in the market bemoaned by the fragrance obsessed, however, indie perfumers have leaped in to fill the galbanum gap.

Galbanum is an aromatic gum resin that solidifies after seeping out of large fennel-like flowering plants, from the genus Ferula, which are plentiful in the mountains of Iran. One of oldest perfume and incense ingredients, galbanum resin is famed for the complexity and pungency of its odor, variously described as bitter, musky, cool, spicy, woody, earthy, sweet, waxy, chalky, dry and pine-like... as well as just intensely green. In a blog post on the ingredient, indie perfumer and visual artist Bruno Fazzolari calls the essential oil “harsh and unpleasant, like acrid, chopped spinach”. Certainly, galbanum contains terpenes and those who dislike the smell often find it too sharp and turpentine-like up top. Others compare the initial blast to cut green peppers or hyacinth leaves. Used as an accent note in perfumery, though, much the way that closely related asafoetida resin is used in cuisine, galbanum highlights many diverse facets of floral, chypre, oriental and woody scents over the course of their development. Fazzolari categorizes it as among the chameleon perfume materials, those that "change with their context".

Describing the green scent family, fragrance taxonomist Michael Edwards has commented on the turn away from galbanum in mainstream perfumes in recent years, and the turn towards a palette of lighter, softer, fresher blended green notes that better suit contemporary tastes. But indie perfumers seem to be sponsoring a galbanum revival, if the five scents below are any indication.

Bruno Fazzolari Au Delà Narcisse des Montagnes: As I have not so subtly foreshadowed, Bruno Fazzolari is one of the independent noses finding uses for galbanum in his vintage-inspired creations. In this limited edition of his original Au Delà, the note adds a powdery silkiness to the white floral and amber core of the perfume. The tang of the opening galbanum and bergamot also seems to play up the saltier side of the oakmoss, which cleverly balances the richness of the rest. No version of Au Delà is currently available for sale, but hopefully Fazzolari will be offering this wonderful work of retro glamour seasonally.

Anatole Lebreton L'Eau de Merzhin: Similarly salty, this is a fresh, en plein air tribute to the perfumer's native moor and marshlands of Brittany. L'Eau de Merzhin starts with a big, breezy blast of galbanum, familiar from classics like Balmain Vent Vert and Estée Lauder Aliage, and then settles into a duet between sweet, dusty notes of hay and vanilla grass and woody, bitter, celery-like greens. Very natural and very nice.

Zoologist Perfumes Macaque: When this one launched, brand founder and editor, Victor Wong, interviewed indie perfumer Sarah McCartney, of 4160 Tuesdays, on how she went about composing an olfactory likeness of the Japanese macaque. After including fruit, musk, wood and incense notes to invoke food offerings at an Eastern temple, McCartney decided on galbanum to color in the surrounding foliage. "I remember John Stephen saying that he thinks galbanum is sadly underused in modern perfumery," McCartney commented, "and when I was on one of Karen Gilbert's courses in 2011 she recommend galbanum as a material which always seems to answer the question, "What's missing?"" The result is a deeply meditative fragrance, in shades of cool green, gray and tan. I think it is a perfect saru portrait, poised somewhere between the smells of fur, incense ash and a weathered cedar bench.

Vero Profumo Mito: The Eau de Parfum concentration of Mito was one of my favorite fragrances of 2012 and I'm still raving about it. A bittersweet, crisp, glossy Iranian galbanum note, off-set by citrus, moss and waxy floral tones, Mito makes a beautiful promise of blue skies and cool shade.

Baruti Tindrer: The clearest scent on this list, Tindrer is a very dewy green violet. Galbanum often has a slightly sober cast, but here perfumer Spyros Drosopoulos gives it a carefree character. This is a good choice for a day when you need to wear an aura, rather than a perfume, somewhat in the vein of the CB I Hate Perfume line.