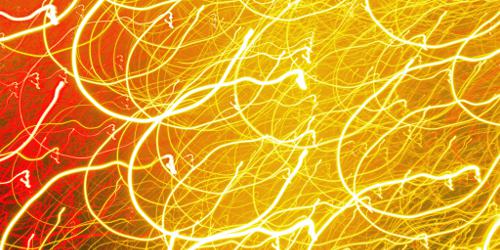 It has been said of great poetry — as well as of pornography, of course — that you know it when you see it. A few perfumes have struck me with an analogous revelatory force.1 Many of my favorites have crept up on me, gaining in beauty and mystery over the course of several exposures. In a small number of cases, though, a first encounter with a fragrance has been more like being within 50 feet of a lightning strike: no immediate definition or description does the matter justice. Since my perfume hobby started, I've watched the epiphanies of several of my fellow fume-heads. Upon processing the first sniff, two enthusiasts have wept. One friend laughed in surprise, and another pirouetted. My reaction to such new love is to blush beet-red, regardless of whether there is anyone around to witness my surrender. Apparently, if I am greatly moved, my sympathetic nervous system must become involved.

Does it say something about me that I have spent a great deal of time ruminating on these singular events, trying to identify a unifying thread? (Short answer: yes.) In fact, I have noticed there are similarities between my own heart-struck moments. First, I can remember the circumstances of sampling these fragrances well enough to be able to reflect on the affairs afterward. I have a very poor long-term memory, yet I find I am able conjure exactly when I first tried all of the perfumes below, and where I was when enlightenment dawned. A related similarity is that the timing must be right. It is rare to fall under the spell of a scent while one is distracted, grieving or suffering. (And timing determines setting. Admittedly, I was once mesmerized by a personal cloud of Serge Lutens La Myrrhe in an Arby's bathroom. I doubt distraction, grief or pain had driven me there, but as I soaked my hands in warm water before soaping, I was suddenly overcome by blush-inducing wave of sillage. I don't flatter myself that it was the world's most incongruous backdrop for rapture, but I have not returned to an Arby's since. I believe this is the exception that proves my second rule.) Third and finally, a striking fragrance is more than the sum of its parts. Smelling distinct notes with no magical resonance between them has sometimes been enlightening for me, but it has never been enthralling.

Ormonde Jayne Frangipani: Just over ten years ago, an Ormonde Jayne sample set was one of my first niche purchases. In these early, carefree days, I was not as systematic about sampling as I am now. One bright and breezy May day, I spritzed on... something, threw the vial back in the box and headed out to race the clouds in the high blue sky. Dashing back after my walk, I tried to determine from the notes pamphlet which scent I had applied: citrus, something green, a radiant floral heart and cedar base. Unfortunately, I somehow convinced myself it had been Osmanthus and rashly gave the Frangipani sample to my mother-in-law a week later. I wore Osmanthus three times that summer, with increasing confusion each wearing. It took me two years and another bunch of samples to recognize that my lush, sunny paradise was Frangipani.

Guerlain Chant d'Arômes: I took a trip to Paris about eighteen months after my perfume madness began. One of my pilgrimages was to the renovated Champs Elysées Guerlain flagship store, which has been renovated again since. Available in 2007 was a little quadrilobe bottle of Chant d'Arômes Parfum. I love and respect Chamade, but for me, it is Chant that should have been named for the drumming of a heart. Graceful, doe-eyed and as pretty up top as a rosebud posy, the Extrait also had a chypre dry down that mysteriously smelled like turned soil. A sales assistant told me I should take the bottle, it was one their last, but I was scandalized at the time by its price, the Euro equivalent of $185 for 30 ml, and I resisted. Ah, the folly of youth.

Parfums de Nicolaï Odalisque: Before I tried both vintage Diorissimo and this perfume in the same lucky week, I was under the impression I did not like lily-of-the-valley. Where the Dior was a music-box ballerina come to life, all effortless poise, the Nicolaï was more tensile, a Suzanne Farrell, as bending and sharp as green-gray marram grass. I love them both now, and many other muguets besides, but Odalisque is the one I wear.

Parfums MDCI Enlèvement au Sérail: A school friend sings in the famed Tafelmusik chamber choir and seven years ago he recommended I attend their spring performance of Mozart's Requiem. I am a goof as regards classical music — I can just about recognize a piece by Handel or Shostakovich, if I bump into it — but my tenor knew Miloš Forman's "Amadeus" was one of my favorite films.2 By happy accident, I sprayed on some Enlèvement au Sérail before the concert, forgetting its new name referencing the Mozart opera. I was briefly arrested by the mink-coat opening, and then I trotted off to Trinity-St. Paul's. In the middle of the Kyrie, a gorgeous apricot-jasmine trail surrounded me, as caressing as a feather, and I realized it was me: classic Jungian synchronicity.

Amouage Ubar: Yes, it's quite zaftig, but it's also cool and lemon-bright and wind-scoured, a bit like a cat-eyed Nahema. I started (and blushed) the first time I smelled it, and it still seems to me like an incredibly wonderful and improbable floral-oriental.

1. An analogous revelatory force to poetry, to be clear.

2. Was anybody else deeply moved by Wes Anderson's casting of F. Murray Abraham for the frame story of "The Grand Budapest Hotel", in tribute to "Amadeus"? No? Well, never mind.