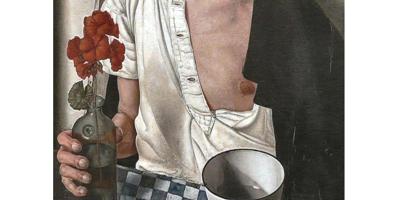 Did I really skip 2011 and 2012 when it came to writing my annual best-of-men’s-perfumes post? (Wow…and the world kept turning — imagine that!) I’m two years behind so today I'll catch up by picking my favorite men's fragrances from 2011, 2012 and 2013 (you can see my picks for 2009 and 2010 here). Some of these perfumes are unisex, but with a masculine edge (to my nose anyway). Though I missed my fair share of fragrance releases, I've still smelled tons of perfume product in the last three years. I don’t feel that a masterpiece escaped my attention.

Every year, I tend to write about men’s fragrances that I either “love” or “hate” (using those verbs with feather-weight intent since I don’t cry over favorite perfumes gone missing or reformulated, and I don’t gnaw on my fingers when I encounter awful perfumes). I’m still, I believe, a Perfumista, but I've put perfume in its proper place (I don't get upset if I can't try every new fragrance that arrives on the scene, or even in my local shops). I've started making a dent in my perfume stash by simply using what I already own. I bought four bottles of scent in 2013: all on sale or purchased at online auctions, and every one a vintage formulation of a really old perfume.

Here goes; I've quoted myself below (with some tweaks to text) to make the process a tad easier (and quicker).

2011 was my year for loving food-y perfumes:

Arquiste Anima Dulcis is warm and toasty — with a fresh-from-the-oven aroma. In fact, I’ll take that one step further and say the perfume is almost burning…as if one has made incense sticks out of a spice cake.

Erik Kormann Eau de Fröhliche begins with the scents of  dark chocolates filled with lemon cream and raspberry jam. The fragrance takes its time in shedding the sweet-shop vibe, but slowly I detect a touch of spice and a hazy, sheer wood note. Eau de Fröhliche becomes more incense-y as it wears on skin; I never thought I’d like frankincense mixed with chocolate and fruit, but it works.

When I wore Frapin 1697 for the first time, its burnt sugar and rum reminded me of an ancien régime version of Idole de Lubin (1697’s notes are darker, rougher and more infused with booze). 1697 gets points for using WHITE musk in a non-laundry-room manner.

Trussardi Essenza del Tempo provides amusing twists and turns; its vinegar, olive oil, coffee, and carrot notes are handled subtly and remain close to skin (those around you will NOT think you smell like a ristorante or lunch). 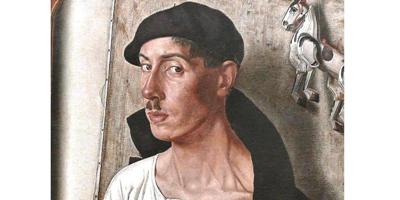 Memo Luxor Oud opens with a powerful fruit accord, accent not on citrus but on red fruits (a smoky strawberry aroma). A mellow, low-impact rose note tinges the fruit — supplying a hint of flowers. Luxor Oud’s incense accord arrives quickly and a pleasant smokiness settles over the ever-present, non-diminishing berries and roses. As for the oud/agarwood in Luxor Oud — it’s in miniscule quantity.

Humiecki & Graef Blask is a strange perfume creature, as much an old-fashioned spicy floral (with a sheen of powdery aldehydes and a tropical plumeria-like note in the base) as it is a modern woody oud (the “walnut wood” in the base is nutty and slightly sweet).

Kinski gives a performance (with the accent on the final act); it presents ‘states’ of excitement (strong pepper/juniper and cassis), bliss (a spicy floral accord with some ginger-rose and a magnolia-like note), meditation (benzoin), and lazy comfort (smoky marijuana and vetiver — with hints of cedar, patchouli, damp vegetal musk and moss).

Etat Libre d’Orange The Afternoon of a Faun goes on “liquor-y” — with rich citrus, a touch of jasmine, and lots of immortelle (augmented with whiffs of rosy incense). The Afternoon of a Faun also presents sweet, woody myrrh accented with pepper; its base notes have a waxy sheen, as if the lingering immortelle had been dipped in beeswax. This perfume has haunted me for almost two years; I’m sure to break down and buy it…maybe for my birthday this month.

Viktor & Rolf Spicebomb opens with sharp (cool) citrus, almost pine-y, tinged with pepper. Immediately the fragrance “warms” to reveal a streamlined and well-blended progression of non-gourmand cinnamon (included in the perfect amount), delicate saffron-leather and tobacco notes. Spicebomb’s tobacco (somewhat like the tobacco in Serge Lutens Fumerie Turque and Diptyque Volutes) is ample, diffuse and elegant; it comes to the fore accompanied by a spark of chili.

Jardins d’Ecrivains George starts off with a dark, polished vibe; it’s heavy on delicious-smelling Peru balsam and myrrh with a touch of citrus; there’s a soupçon of an acidic/sharp aroma one sometimes detects in old papers…and dried plants…and in hawthorn blossoms. I also detect aromas of waxed wood and lit beeswax candles — with their whiff of honey and sweet smoke.  If that's not enough, add the scents of “woody” black coffee beans, sweet, natural-smelling tobacco, neroli and heliotrope. Delightful, yet strong...like its namesake. 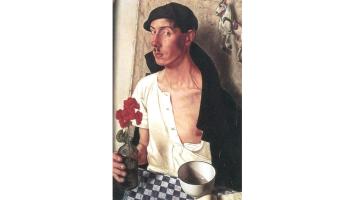 Union Celtic Fire starts with the hot scent of thick-rich-spicy BBQ sauce…with added smears of sooty birch, “oily” smoke and charred evergreen wood (perhaps fueling the barbecue pit?) As Celtic Fire dries on skin, I detect a smell that reminds me of a still-warm hearth, full of the ashes of once-sap-rich logs. If you love smoke and dense, “primitive” incense aromas — coal-black perfume notes — try it.

Naomi Goodsir Bois d'Ascèse conjures one of my favorite places — northern New Mexico; the fragrance creates a dry, austere, pungent scene. Willa Cather was on my mind as I wore this fragrance and I think a tiny vial of Bois d'Ascèse should accompany every volume of Death Comes for the Archbishop — Cather’s New Mexico novel set in Santa Fe, Ranchos de Taos, and Acoma, Isleta and Laguna pueblos.

Maître Parfumeur et Gantier Ambre Doré opens with the aromas of vibrant oud, saffron-scented leather and “green” styrax. Ambre Doré’s character is tougher than most amber perfumes. As Ambre Doré’s opening burns off there’s a musky barnyard moment or two (we’re talking a dry-manure-in-the-distance aroma) followed by the scent of bananas steeped in turpentine. I needed a new amber perfume for my collection, and this one just won the contest over many other contenders (it's my first purchase of 2014).

Perfume years are like dog years; time accumulates quickly — the period from birth to old age is brief. Good news: “elderly” Giorgio Armani Eau Pour Homme (30 years old!) enjoyed a respectable re-do in 2013. As I “analyzed” Eau Pour Homme, I realized no one note or accord is astonishing or unusual, but somehow, the perfume (dare I say it?) captivates me. The whole of Eau Pour Homme surpasses its parts.

I love the fact that La Via del Profumo Milano Caffè is NOT a smooth, predictable, culinary take on coffee and chocolate, but more of an herbal/spice-coffee-chocolate perfume “tonic.”

Finally, some honorable mentions: good perfumes reviewed by my comrades in scent, Angie and Robin: the Coach Leatherware series and Comme des Garçons + Monocle Scent Three: Sugi; and, for the bottle alone, the 160th Anniversary Guerlain Bee Bottle (only 32 were made, decorated with 24 carat gold — at $16,250 this bottle will not, too bad!, reside in my home).

Note: all images via Wikimedia Commons; Self-Portrait by Dick Ket (thanks to writing this post, I "discovered" Ket for the first time).