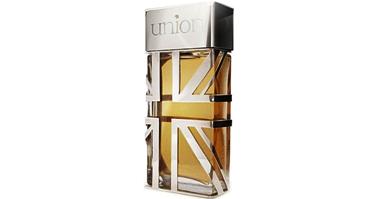 Union perfumes are supposedly composed of ingredients sourced from one end of England to the other; the fragrances do, for the most part, have a “natural” vibe, but Union perfumer Anastasia Brozler must have re-created some of the British plant scents (and “scene scents” — the ocean, wetlands, tea-time) using aroma chemicals or ingenious combinations of perfume notes — natural and “artificial” (among the stranger ingredients mentioned: mountain ash, bracken and Marmite).

Until recently, Union’s five perfume offerings were only on sale at Selfridges in the UK. When the perfumes were released in the summer of 2012, I was expecting a LONG wait to try them...and it was. But I must give shout-outs to two people for helping me sample the entire line this fall (including the newest offering: Gunpowder Rose): Kamini at Selfridges in London and my friend Rekha who brought the perfumes back to Seattle with her after vacationing in England.

Though I like almost all of the Union fragrances, and will review a few more come January or February, Celtic Fire stood out as ballsy, interesting and unusual.

The fens of County Derry provide the rich and smoky peat that is the inspiration for this scent, which speaks eloquently of primordial, untamed terrain with oak extract, fir balsam and pine needles from the wilds of Aberdeenshire. Glowing birch tar from Inverness-shire and the gentle sunshine-sweetness of bog myrtle from Fife complete this ode to wode! Positively tribal.

Added to these “wild” notes are more cozy aromas “of British hearth and home: log fires, leather, tea and toast!” And Marmite! 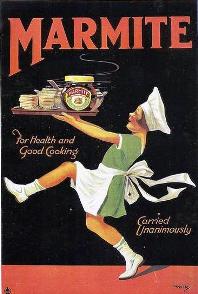 Celtic Fire starts with the “hot” scent of thick-rich-spicy BBQ sauce…with added smears of sooty birch, “oily” smoke and charred evergreen wood (perhaps fueling the barbecue pit?) As Celtic Fire dries on skin, I detect a smell that reminds me of a still-warm hearth, full of the ashes of once-sap-rich logs. If you love smoke and dense, “primitive” incense aromas — coal-black perfume notes — do try to find a sample of Celtic Fire to sniff. Celtic Fire calms down sloooooowly (and it only calms SLIGHTLY), and as it does, other food-y aromas emerge: lapsang souchong tea, and a salty-yeasty-malty scent — Marmite? I've only eaten Marmite once in my life, and I don’t trust my memory as to how it smelled. I didn't taste it twice — that I remember. If anyone knows, and loves, their Marmite and has smelled Celtic Fire…do comment.

Celtic Fire is definitely a cold-weather perfume; I can’t imagine wearing it on warm days. If your memory-jolter is not a cookie à la Proust, but smoked meats or the scent of barbecue sauce, you might really enjoy Celtic Fire. I can honestly say I have NOTHING in my perfume collection like it (and I do like it!)

Celtic Fire has good lasting power and sillage; one generous “dosage” lasted all day on me. Wearing it in the office or on an airplane might lead co-workers and fellow travelers to believe you spent the night cooking over a food grill or warming yourself next to a roaring campfire. I really wish Celtic Fire had an amber or vanillic base — personally, I'd like a change of tone, somewhere in its development, from Celtic Fire's non-stop, tough, smoky stance. I layered Celtic Fire with Atelier Cologne Vanille Insensée with great results, and will test it with some amber perfumes, too.