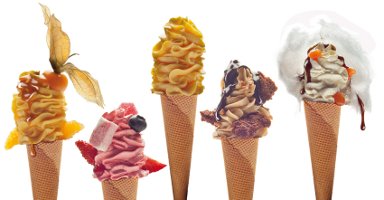 Recently, I re-watched El Bulli: Cooking in Progress, Gereon Wetzel's very scrupulous, very German 2011 documentary about one of the final years at the restaurant many food followers believe to have been the most influential of the last two decades: elBulli, brainchild of rumpled Catalan genius Ferran Adrià. Besides falling in love again with both the mad scientist menu and Adrià's right-hand man, dashing chef de cuisine Oriol Castro, the thing I really noticed on this viewing was how familiar the scenes might seem to our readers. Adrià and sommelier David Seijas discuss what families scents fall into and how to emphasize notes from individual ingredients with other ingredients. Adrià, Castro and Eduard Xatruch go to the market, and are frustrated by the variable qualities and availability of the raw materials they need. In the lab and kitchen, there are endless "mods", sampling and editing sessions and passionate discussions about the time-lapsed impressions a product gives. Everyone sniffs, and then stares thoughtfully off into space.

Of course, if you've been following perfume in the news, none of this will be a surprise. Chefs and perfumers have long recognized their mutual interests. Cooks have used essentials oils in recipes since the thirteenth century, and medieval cuisine included dishes like ambergris pudding, rose and almond milk pottage, candied calamus root and marigold (calendula, or "pot marigold") stew. Perfumers, meanwhile, have always sought to make their creations mouth-watering, and a few contemporary ones, like Christophe Laudamiel, started on the flavorings side of the trade. It certainly seems, though, that both fragrance and food industry spokespeople have recently become more vocal about publicizing collaborations, particularly on the luxury ends of the markets.

In early 2011, Adam Gopnik of The New Yorker interviewed Jordi Roca — who apprenticed at elBulli and is currently at the triple Michelin-starred El Cellar de Can Roca — about the many desserts the pastry chef had created based on popular perfumes, like Calvin Klein Eternity, Gucci Envy and Terre d'Hermès. Roca has since started selling his own gourmand perfume, Núvol di Llimona / Lemon Cloud, originally created to be sprayed in the air to accompany one of his dishes. Two years ago, Alyssa did a fascinating post on the culinary influence of natural perfumer Mandy Aftel and the trends of using scent in food at restaurants like The French Laundry, where Aftel has lectured. This year, we have seen several cuisine-inspired releases: Jean-Claude Ellena's new Hermessence, Epice Marine, stemmed from a visit and correspondence with revered Breton chef Olivier Roellinger; Hilde Soliani deviated from her sweeter gourmands to create Mmm,1 a tribute to a "deconstructed ravioli" of basil, tarragon, butter and incense she had at Le Calandre2 in Padova, Italy; and Dominique Dubrana writes he was toasting both the famous coffee houses and the newer Arab and Somali restaurants of Milan with La Via del Profumo Milano Caffè. Denyse Beaulieu of Grain de Musc recently reported on the "gustative" compositions at Delicatesscent, a client and press presentation by fragrance company Mane, and if you can read her list of scents sampled without finding a bit of hope for the future of perfume fluttering in your breast, you're made of tougher stuff than me.

All this to say, it's a great time to be both a gourmet and a perfume lover. Below are some of my choices to feed your inner foodie; please comment with your own.

Portland, Oregon indie brand Slumberhouse has been creating quite a stir among perfumistas lately, and now that I've finally procured a sample set, I understand why. These are striking perfumes. While I thoroughly enjoyed Ore and Norne, Pear + Olive is the one that caught my heart. This is what I wanted Eau d'Italie Sienne l'Hiver to be: in the extrait,3 the pressed olive tincture is the star of the show, beautifully briny and silky rich. Preserved in olive and boozy white cognac oil, the pear note reads as waxy skin and translucent golden flesh, and mercifully not shampoo. Delicious.

This used to be limited to the Williamsburg store, and may no longer be available. That would be a pity, because this is a wonderfully surreal scent. When I was in NYC last year, Christopher Brosius and his staff explained how this fragrance came to be. It seems Mr. B went on one of his quixotic quests to exactly re-create the smell of Sunday roast beef dinner. Eventually, he nailed it, pan drippings, carrots, parsley and all... but then he had a big vat of it, having ordered the materials in wholesale quantities. So he added a fat dollop of civet-like animalic notes and the rich smell of oiled fur coats, and voilà! Like a deconstructivist chef, he had created art out of origins: focus in and it's all domestic comfort, but step back and you get living, panting animal.

Recently, charring is a buzz technique in the culinary world. Burning is not just for meat any more, as chefs char fruits and vegetables to create a smoky, creamy pulp inside. Enter Comme des Garçons Black, a rare instance of accurate naming in scent noir: a big peppery blast of BBQ, with accents of tar, Dutch licorice, maple syrup and lambskin leather. Good fun, and the most interesting scent from the brand in ages.

In Perfumes: The Guide, Luca Turin called Ambre Russe "the biggest, the most over-the-top, most nutritious amber in existence", a theoretical "cross between pipe tobacco and pain d'épices". (Theory no longer, perhaps: a number of avant garde restaurants are experimenting with edible smoke, part of a category called, sadly, "breathable foods".) I remember being disappointed by the lack of sumptuousness in Thierry Mugler Womanity, supposedly a fig-and-caviar perfume, from a brand known for bold gourmands. With its opening haze of vodka, and heart of sweet vanilla cream and salty coriander, Ambre Russe shows Womanity a thing or two in the luxe canapé department. Other tasty ambers include Kerosene Copper Skies (with honeycomb, clove and basil), Armani Privé Ambre Soie (with anisic rootbeer float) and Hermès L'Ambre des Merveilles (with citrus and salt).

There is an embarrassment of riches in the foody Lutens category, including the recent pastry fantasy Jeux de Peau, but I decided I must not neglect one of my favorites from the export line. With candied mandarin peel, dried figs, date, bay leaf, cardamom, nutmeg, cumin, clove, tobacco, myrrh and various woods and resins, Arabie has a lot going on, rather like one of those historically re-created feasts by Heston Blumenthal. Some Lutens fans find it a bit much — my husband remarked you could probably embalm a mummy in it — but I appreciate the ancient strangeness of it. It reminds me of an early era Diptyque, like Eau Lente. If you aren't up to Mr. Blumenthal's level of culinary commitment, and Arabie makes you hungry, try this scrumptious-sounding recipe from Victoria at Bois de Jasmin.

1. When Robin posted that Mmm included "burrata accord", some commenters expressed concern that this might smell like cheese. Let me tell you: it does. I do not find the incense very noticeable. Basically, you are wearing some tarragon pesto. It's intense and not particularly wearable, but the 3-D food effect is so compellingly weird that I end up much preferring Mmm to Fraaagola Saalaaata (salted strawberries) and CiocoSpesizissimo (basil chocolate liqueur), two previous Soliani perfumes frequently reviewed by foodies.

2. Le Calandre has earned three Michelin stars, just like elBulli, Roca's restaurant, The French Laundry and Roellinger's Maisons de Bricourt. I think I mentioned we were talking about the luxury end of the market?

3. I believe this is the only currently available concentration.